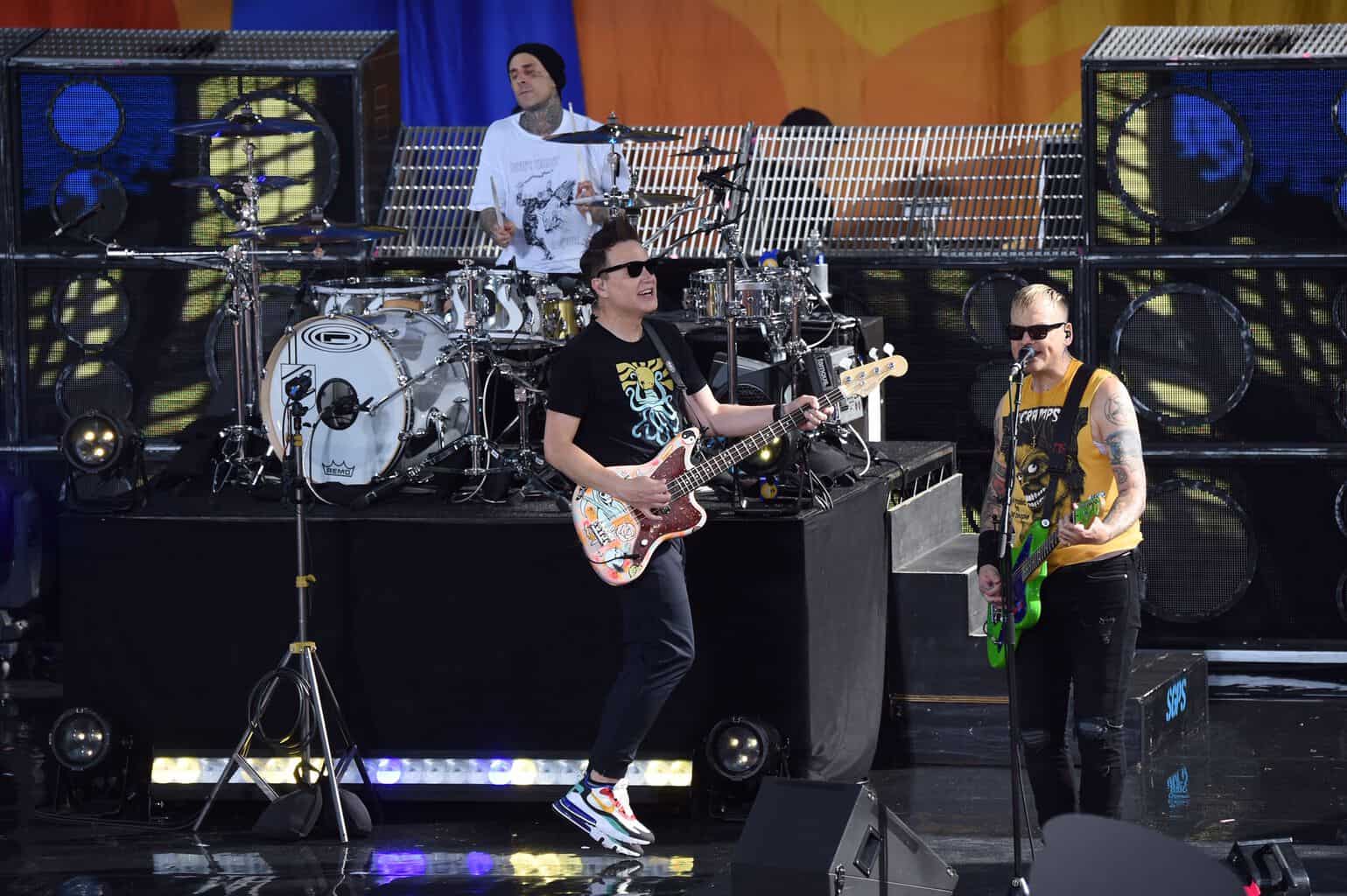 To promote their joint headlining tour, Blink-182 and Lil Wayne have released a mash-up of their hits “What’s My Age Again?” and “A Milli.” The track, which was previously unveiled in a live version when the tour was announced in May, somehow brings the two very different songs together fairly seamlessly.

The artists will head back out of their co-headlining North American tour on August 27th in Irvine, California at the FivePoint Amphitheatre.

The trek continues through September 16th, when it concludes in Cincinnati, Ohio at the Riverbend Music Center.

Blink-182 will release their eighth studio album, Nine, on September 20th via Columbia Records. They have so far debuted several songs from the album, including “Happy Days,” “Generational Divide” and “Blame It On My Youth.” The album is currently available to preorder on the Blink-182 website. The record will be released in several formats, including a limited edition colour vinyl pressing, cassette and CD.

DeLonge recently told Rolling Stone that he is still in touch with the band and doesn’t harbor any bad feelings since leaving. “I just talked to Mark two weeks ago and I talk to Travis all the time,” he said. “There’s a lot of love and respect and it’s like any set of brothers that have an argument and then, all of a sudden — “Who cares? My bad, my bad.” It’s not a big deal. The only issue right now is we’re so busy.

]You can read more about the entertainment news HERE and tune in every day On-Air and Online and stay up to date.

And find out what Paul Hayman has been doing backstage.