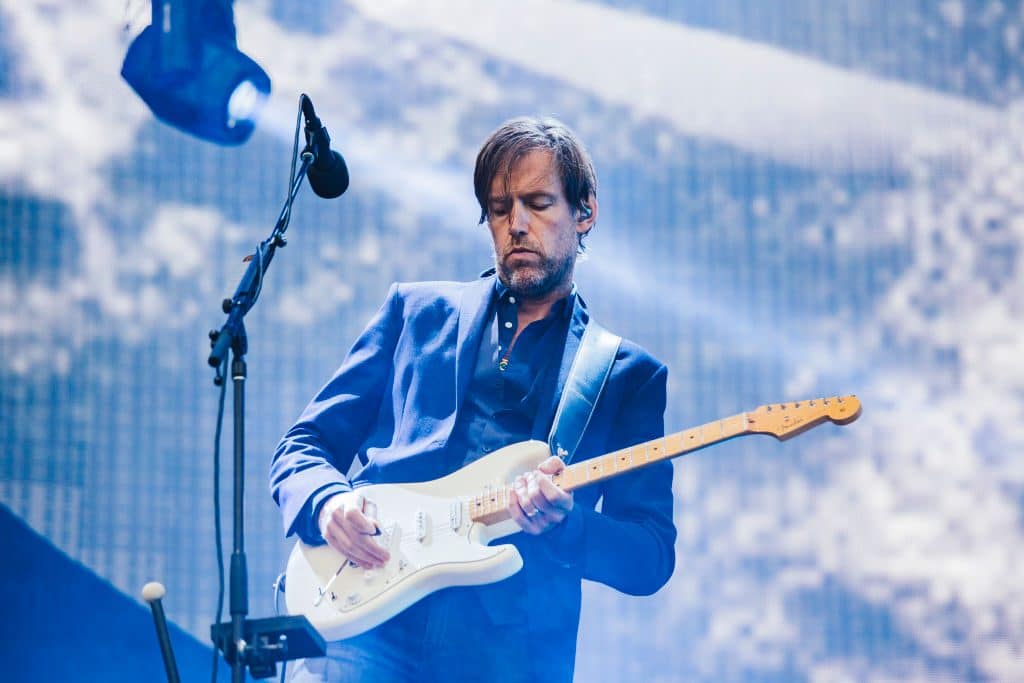 Great records can conjure the illusion of being tailored specifically to whatever era the listener is in. Declaring “Karma police, arrest this man!” alongside couplets like “Ambition makes you look pretty ugly/Kicking, squealing Gucci little piggy,” as transcendent melodies vie with outbursts of anxiety, depression and technological hate-fucking, OK Computer sounds pretty relevant right about now.

Over the past 20 years, it always has.

The news of this reissue – remastered to no great improvement over its prior masterful version – is a trio of unreleased songs long-awaited by Radiohead heads. All were recorded around the time of OK Computer; all are unimpeachably first-rate; and yet, all were sensibly left off the original. Nevertheless, they complete the picture of one of rock’s greatest bands cresting their first creative peak.

I Promise” is a simple pledge of devotion, set to steel-string acoustic guitar with a frosting of Mellotron and some tremendous falsetto swoops by Thom Yorke; drummer Ed O’Brien once likened it to a Roy Orbison song, which is about right. It probably would’ve been too straightforward for the LP, and might have competed with the gleaming “No Surprises” as the set’s crown jewel, minus the emotional bitters.

“Man of War” made a fragmented appearance as a work-in-progress, with slightly different lyrics, in the band documentary Meeting People Is Easy, and has been a mule-kick live number since 1995 when it was known as “Big Boots,” Yorke slurring the “drunken confessions” section and erupting with howls to match the crushing guitars (see the Italian TV broadcast clip bouncing around YouTube).

With a trace theme that seems to be about fame’s poison, it would’ve made for a weird narrative fit on OKC.

But with its sparkling tick-tock rhythm (Dark Side of the Moon, especially “Time,” looms large), Jonny Greenwood’s swaggering rock-dude guitar squeals, and one of Yorke’s greatest bits of lyrical surrealism (“When you come home, I’ll bake you a cake, made of all their eyes”), it’s an after-the-fact classic.

So is “Lift” – maybe more so, with its gently strummed guitar intro, soaring melodic ascents, and tenderly avuncular outro (“Today is the first day of the rest of your days/So lighten up, squirt”). Another song the group couldn’t quite perfect in the studio was supposedly ditched for fear it’d become a straight jacketing hit like “Creep.” Fair enough.

When Yorke crooned “We’ve been trying to reach you, Thom,” it was both a cheeky nod to Bowie’s “Space Oddity,” swapping the space capsule for an elevator, and the first (thus far only) time he’d used his name in a lyric. It’s an amazing moment, and fans went bonkers when the band began playing it live. One imagines it instantly assumed the proportions of a song one might have to sing to hungry fans for the rest of one’s life – a daunting prospect, especially if you’re Thom Yorke.

The rest of the bonus disc is packed with worthy B-sides and rarities from the same period, during which the band groped towards the electronic music epiphany of 2000’s Kid A.

You hear hints of it on “Palo Alto,” a sort of krautrock R.E.M. exercise; and maybe most explicitly on “Meeting in the Aisle,” an all-electronic instrumental that was put together with help from Sia’s old cronies in Zero 7, the British downtempo outfit among the mid-Nineties wave of artists blurring the line between rock, club music, and hip-hop sample stitching. Soon Radiohead would take that ball and run with it, hard.

First published on Friday, 30 Jun 2017 with thanks to RollingStone.com