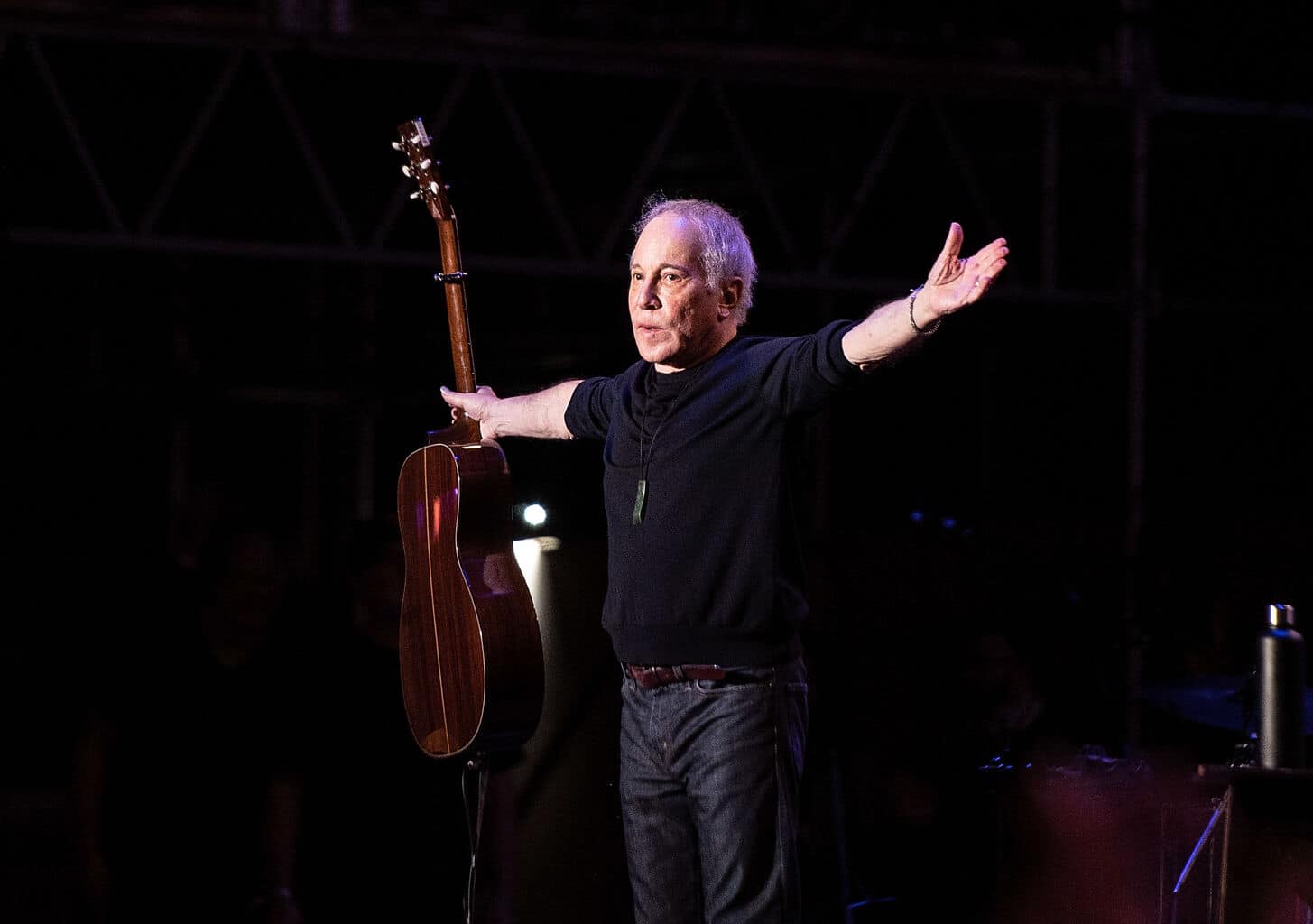 This last week Paul Simon plays Cecilia in Hawaii. Is there anything better than this? And all this gigging to help various environmental organizations for no pay.

Paul wrapped up a farewell tour less than a year ago.  Just recently Paul Simon has been quite active on the concert circuit over the past couple of weeks.

He not only played a surprise “pop-up” show at Oakland, California’s Fox Theater on August 9th. Then going on to his headlining set at Outside Lands two nights later. Then on August 13th and 14th, he headed over to Hawaii for two gigs at the Maui Arts & Cultural Center.

The second show featured a duet with Michael McDonald on the Simon & Garfunkel classic “Cecilia.”

Here a YouTube Paul Simon singing Cecilia sometime in the Summer of 2006. https://www.youtube.com/embed/S2e1Rpn5WGs

That’s about eight hours of live Paul Simon music in a five-day period.

That might seem like he’s pulling a Kiss or Ozzy Osbourne by shamelessly continuing to tour directly after a farewell tour.

These were all charity gigs for various environmental organizations.

He didn’t earn a dime from any of them, even the headlining set at Outside Lands. Before he announced the Homeward Bound farewell tour of 2018, he said that he’d continue to play the occasional charity show.

The four shows Simon has played this month were quite similar to his Homeward Bound 2018 gigs. Classics hits like “You Can Call Me Al” and “Bridge Over Troubled Water” with deep cuts like “Spirit Voices,” “The Cool, Cool River” and “Dazzling Blue.”

He was joined by Bob Weir for “The Boxer” at Outside Lands, marking the first time they’d ever played together even though they’d been friends since 1967.

In Hawaii, the slack-key guitar great Keola Beamer joined him on his own compositions “Seabreeze” and “Honolulu City Lights.”

It is rumoured that Jimmy Fallon is a huge fan?