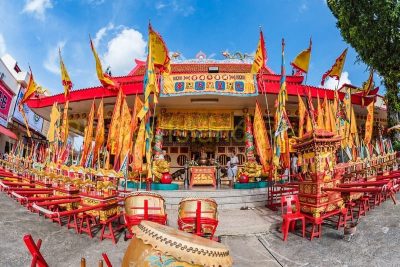 The 2017 Phuket Vegetarian Festival this year will be held only on one day of the now famous street processions held as part of a nine-day festival in respect of the Royal Funeral for the late King His Majesty King Bhumibol Adulyadej.

Therefore the 2017 Phuket Vegetarian Festival which is scheduled across the island from Oct 20-28 and held at participating Chinese shrines will be very much a quieter affair.

President of the Phuket Chinese Shrines Association, Prasert Fakthongkol, who acts as the lead organising body for the 2017 Phuket Vegetarian Festival, has confirmed to local Phuket media that October 28th will be the only day for street processions.

“The 2017 festival will take place for nine days from October 20 to 28, with everything taking place as usual except daily processions,” said Mr Prasert.

“We will just keep it more quiet and respectful this year. Every shrine [taking part in the festival] will not be holding street processions on October 20-27 to honour the late King Bhumibol Adulyadej.

“Food stalls, firecrackers, markets and so on will be permitted,” he added.

“However, for now it has been decided that on the final day of the festival [Oct 28] parades and spiritual processions will be permitted, in all areas,” Mr Prasert confirmed.

The association feel that it would be appropriate and respectful to cancel the street processions in honour of His Majesty.

Phuket Island radio will keep its listeners updated if any further news is or updates are released you may visit the 2017 Phuket Vegetarian festival website HERE.

The Ministry of Culture from its Phuket Provincial office has published an announcement regarding events at the 2017 Phuket Vegetarian Festival. 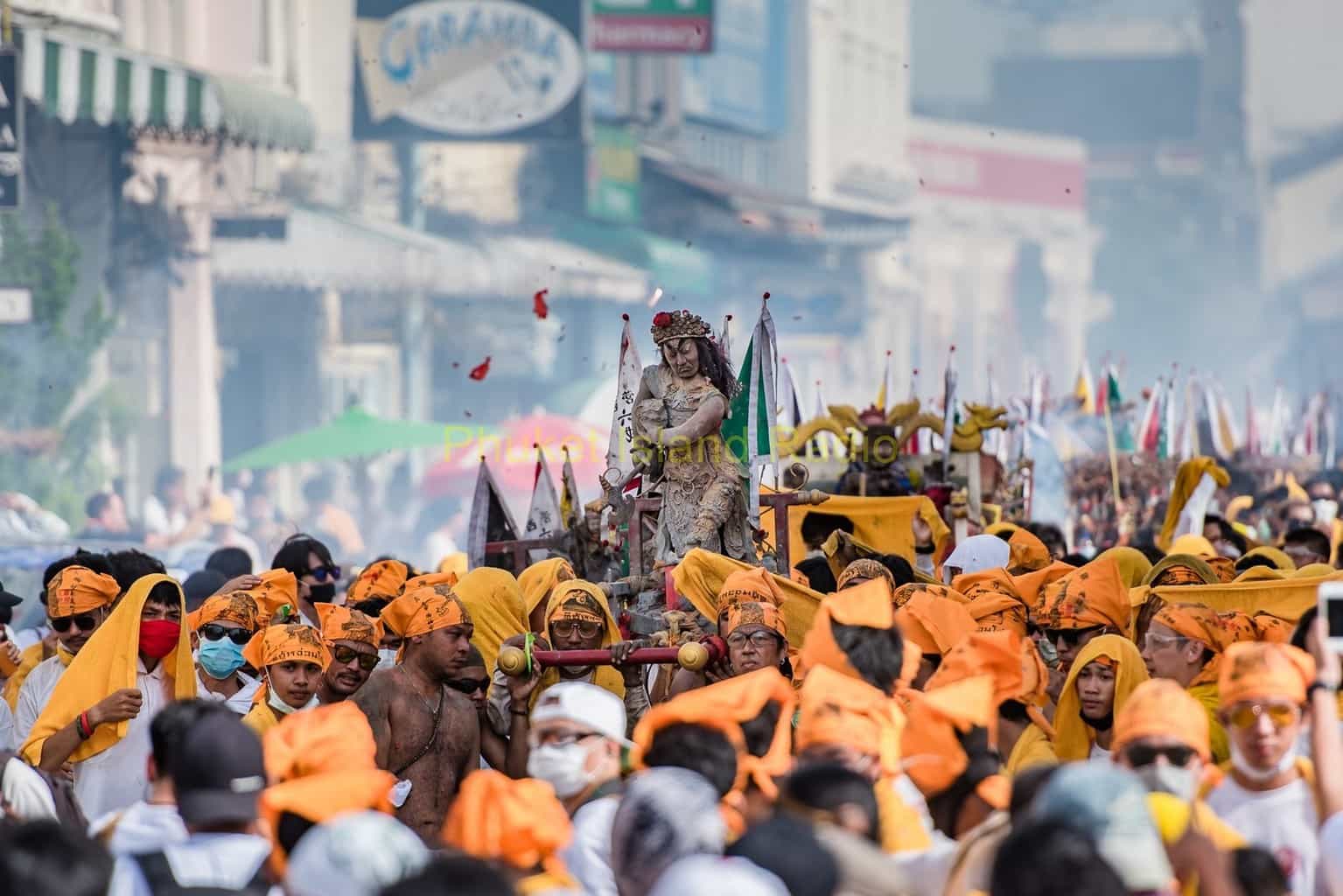 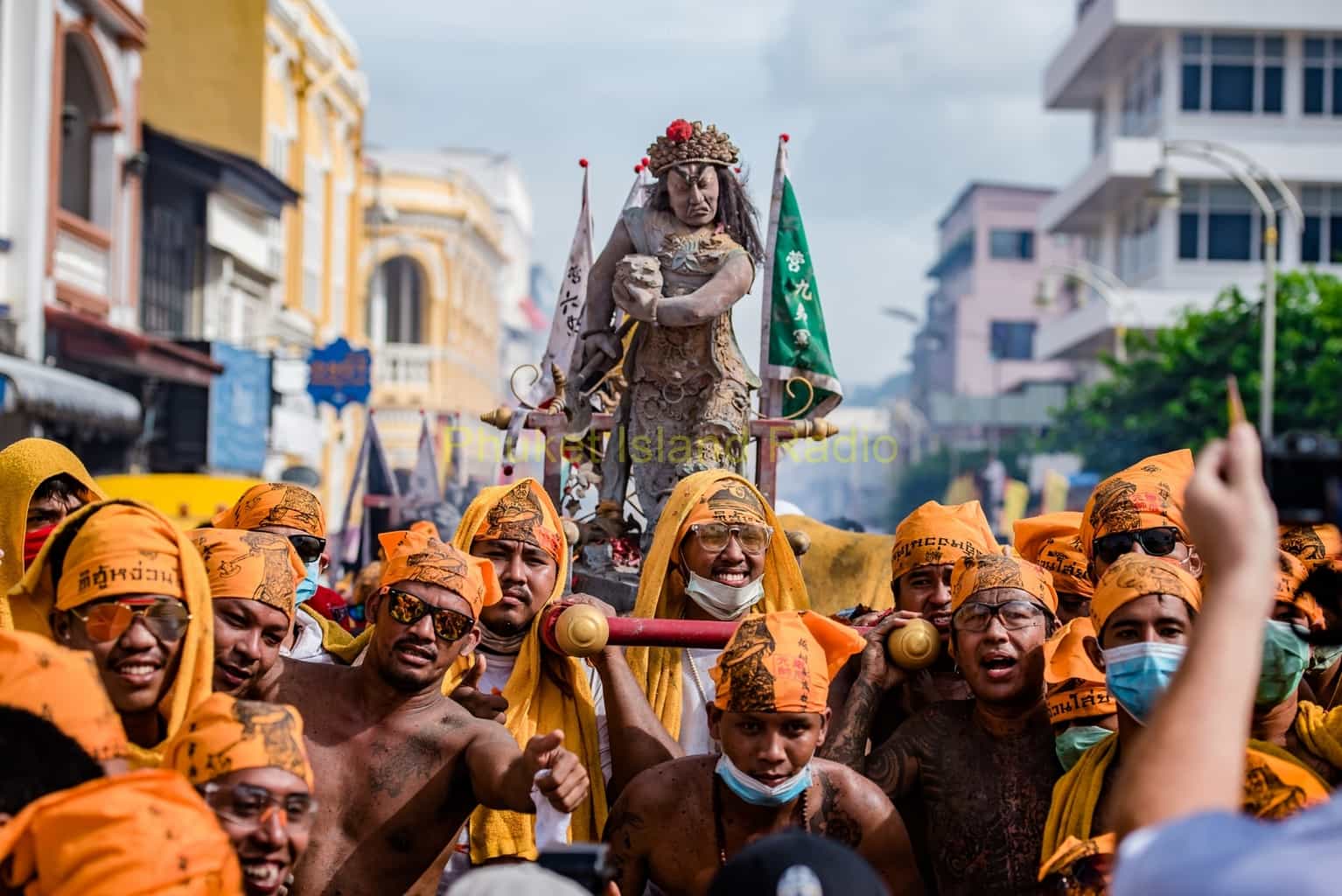 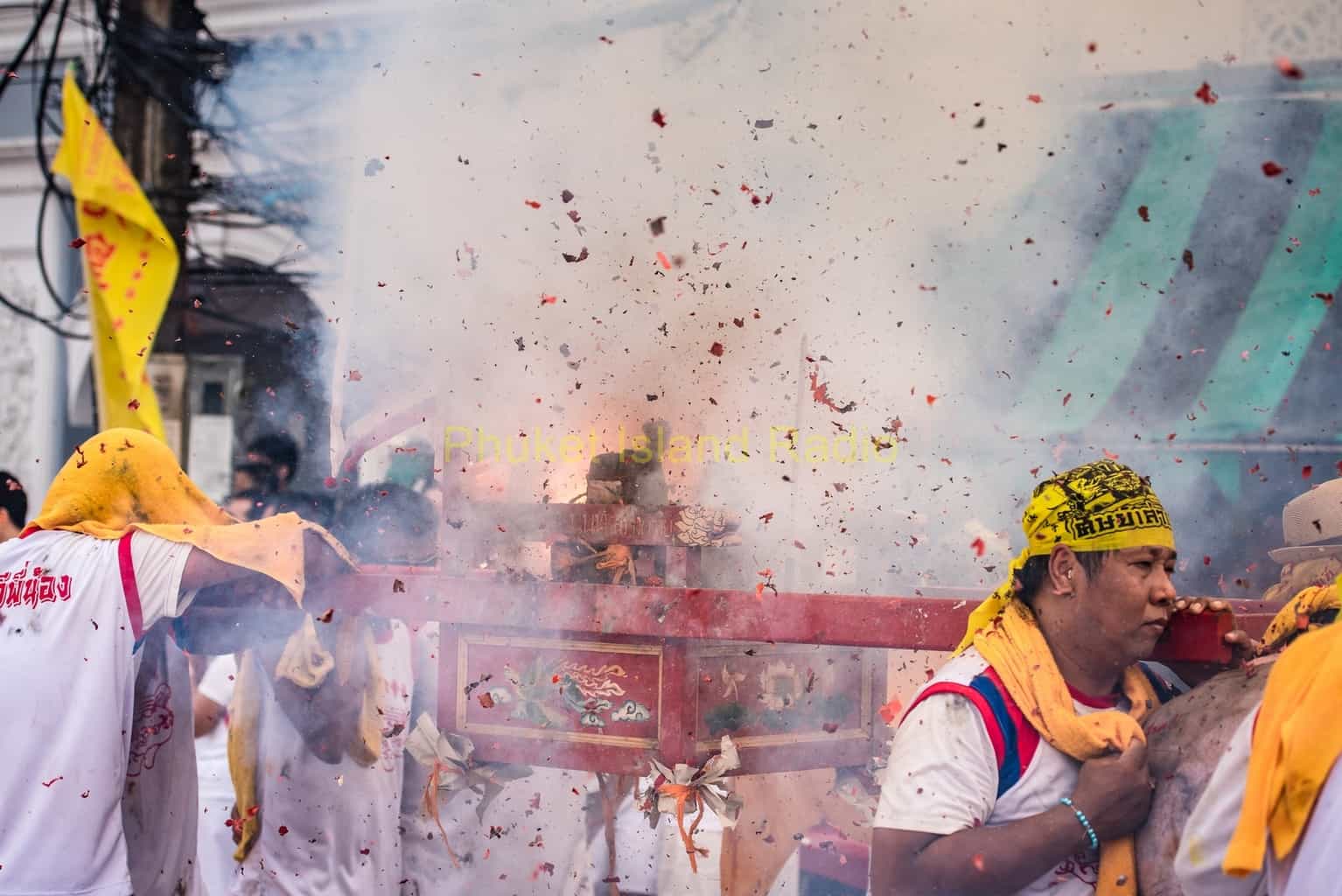 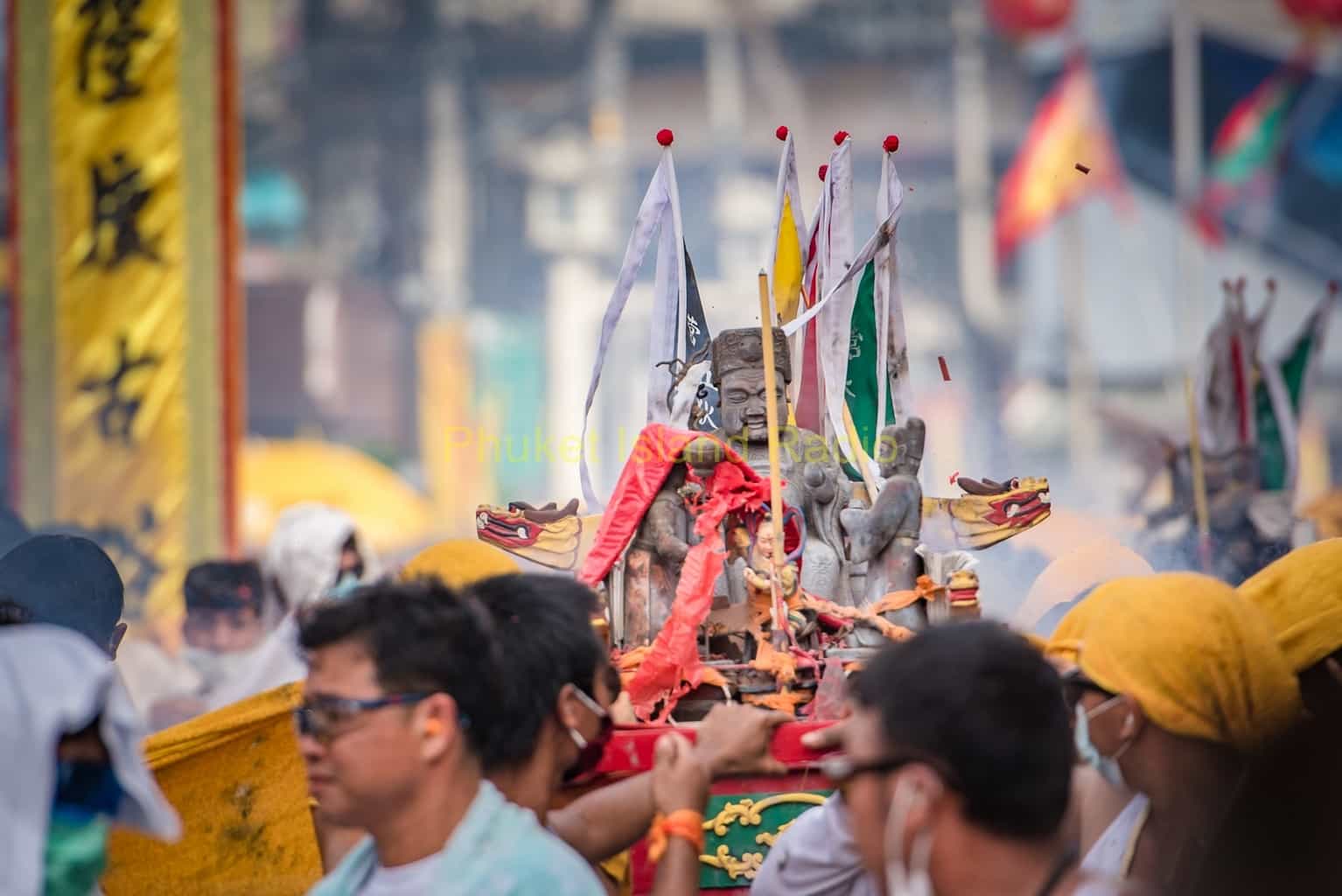 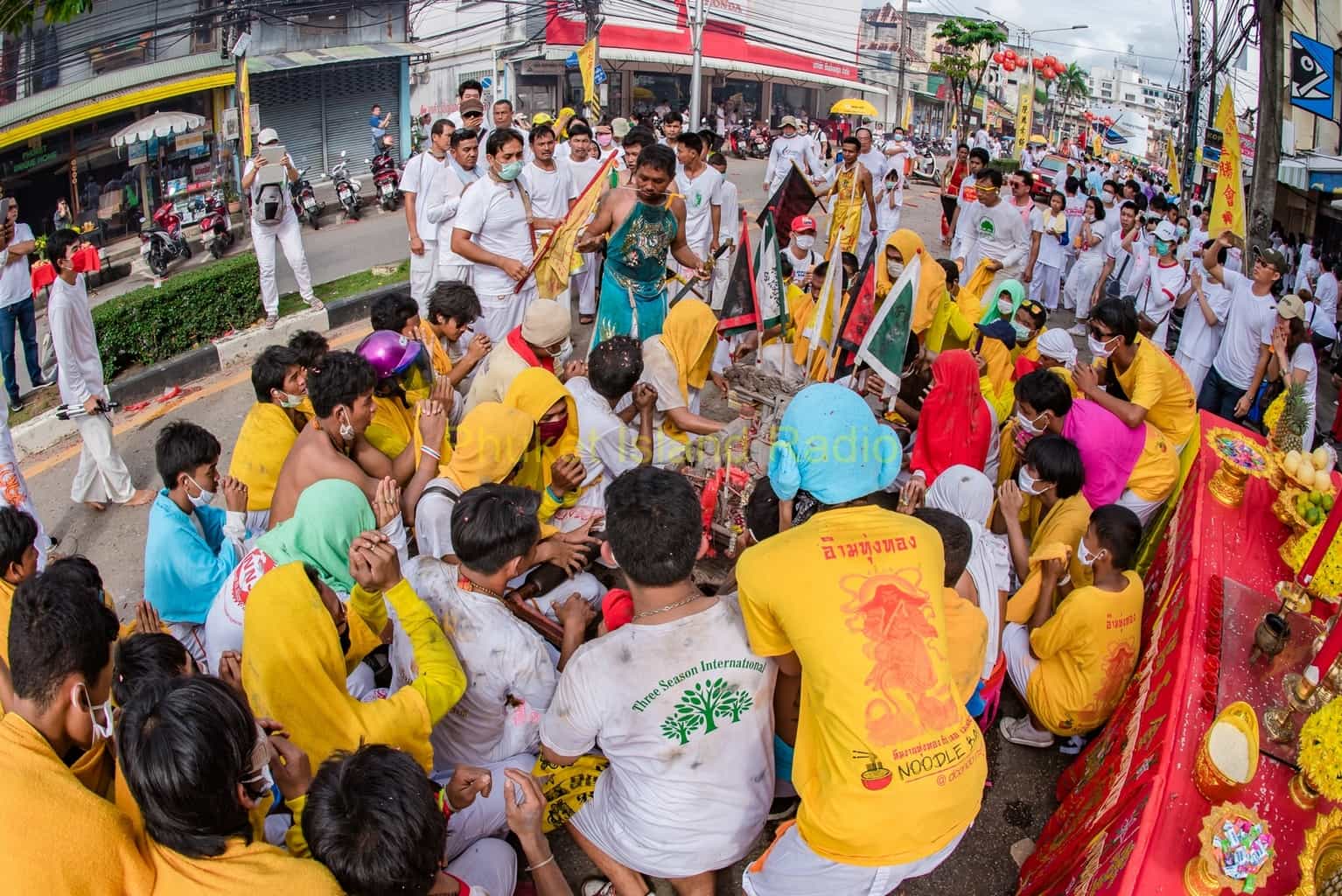 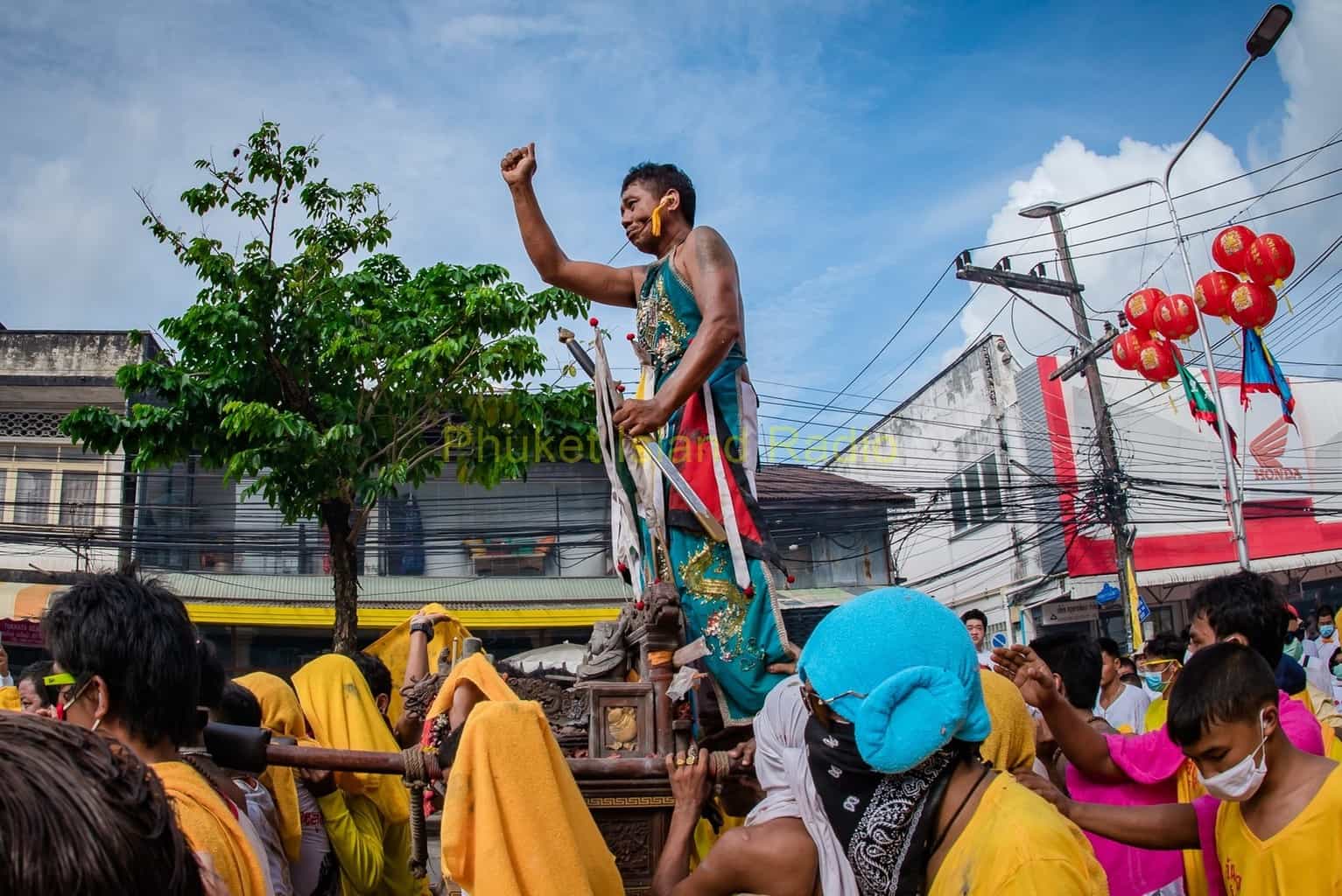 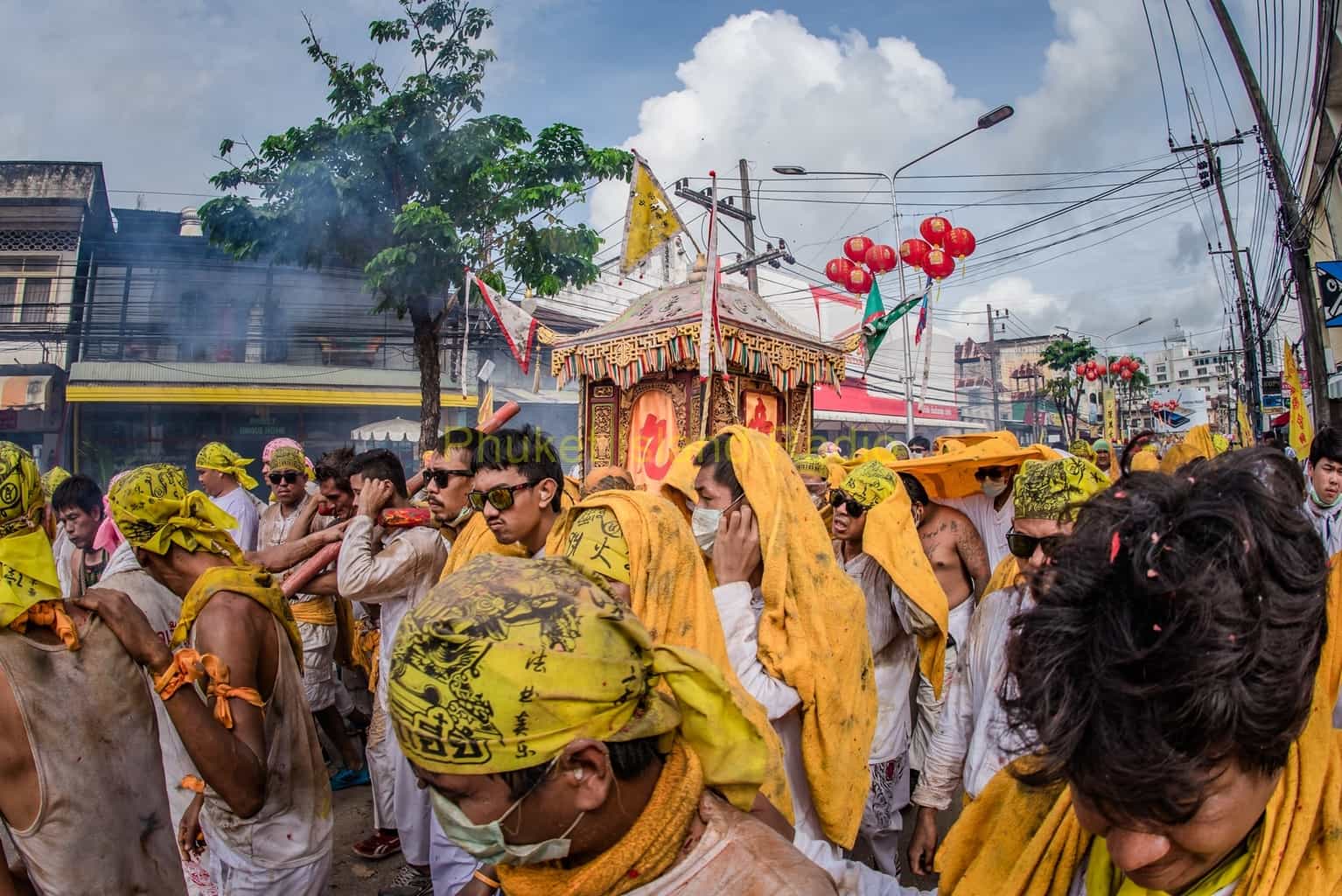 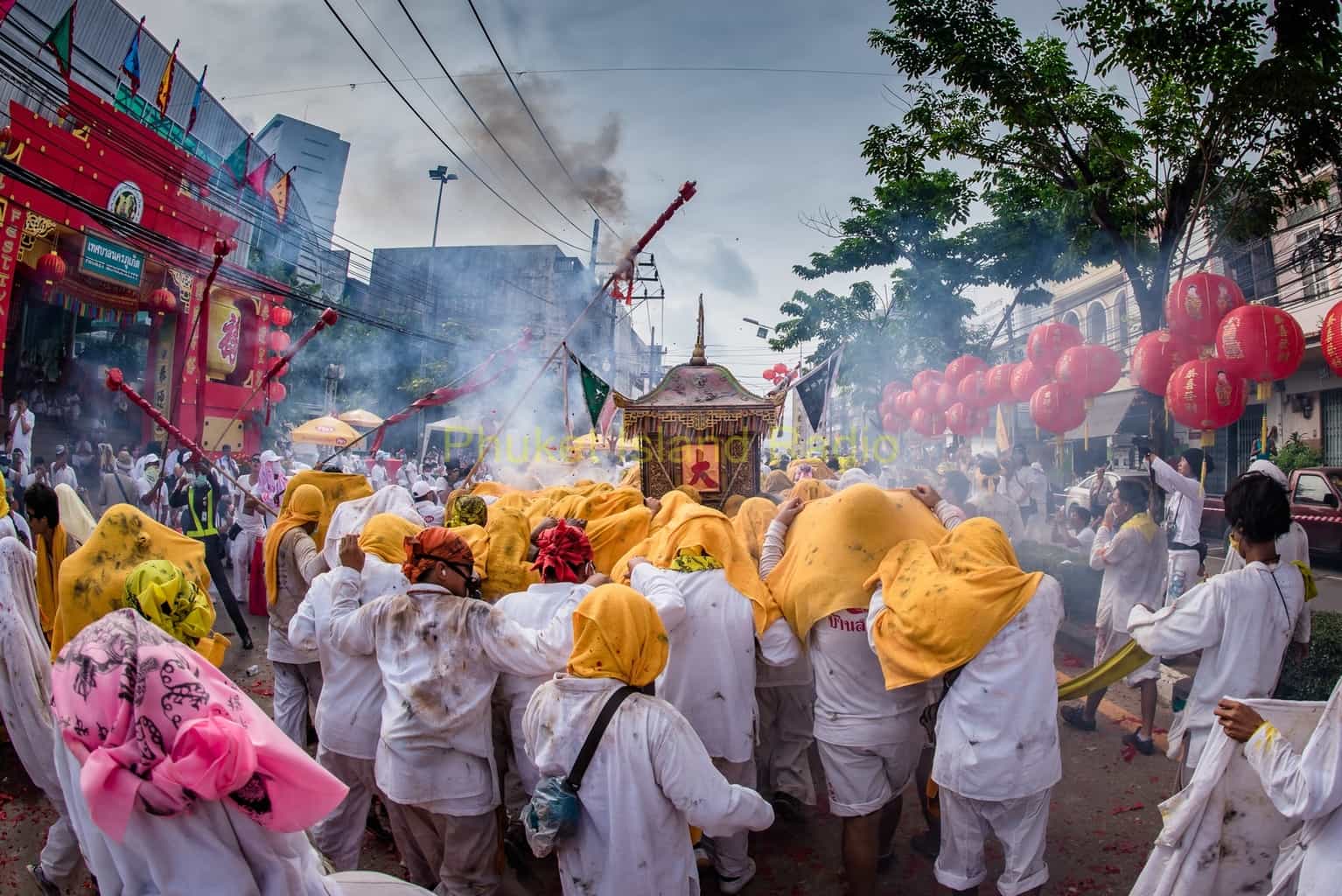 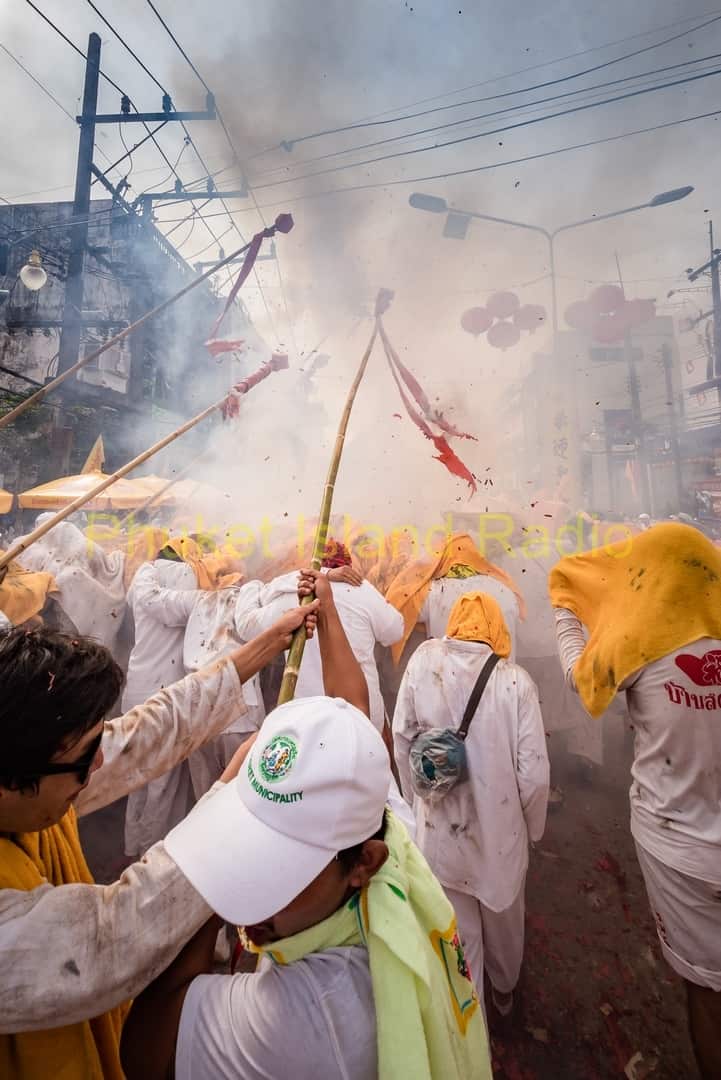 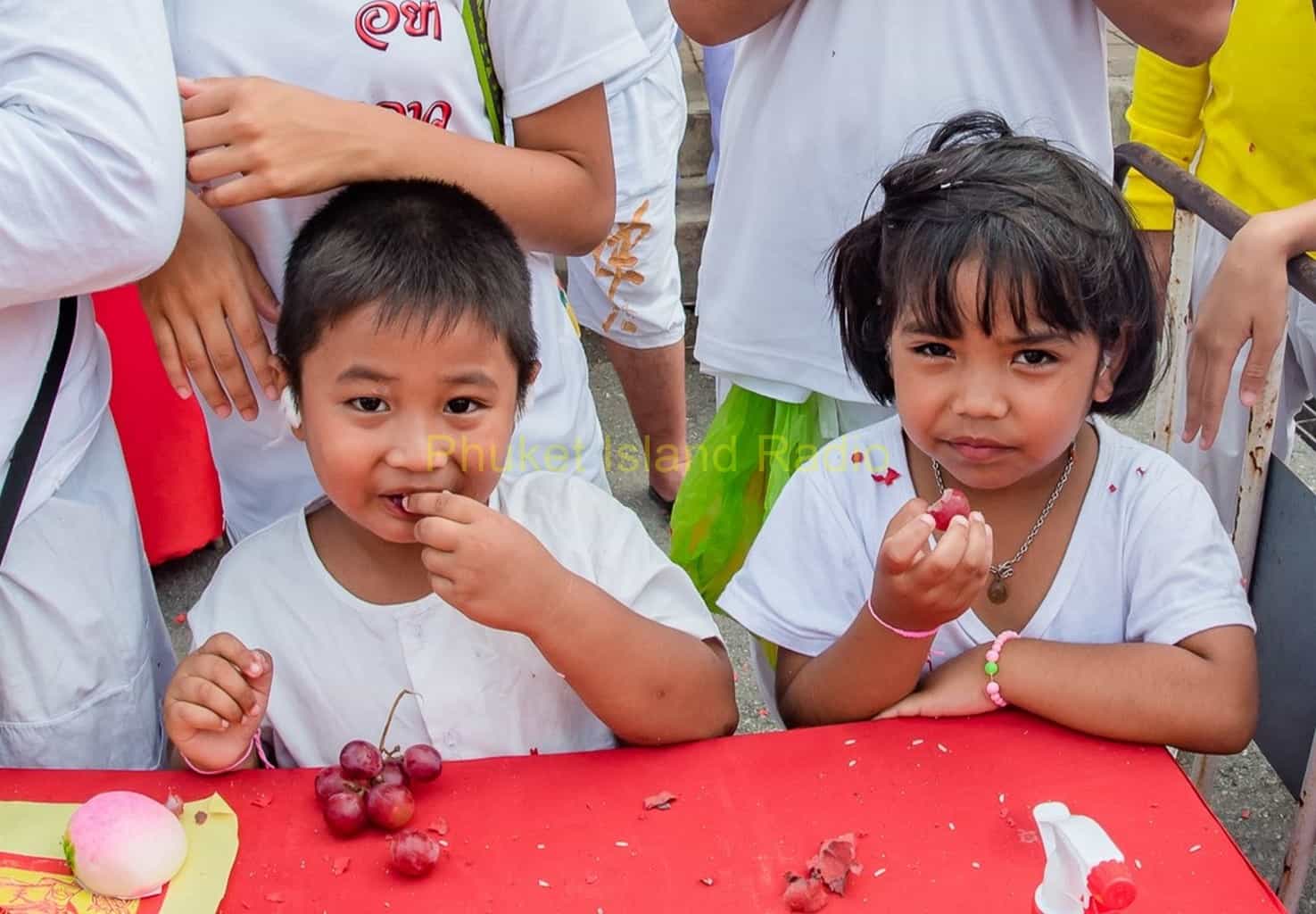 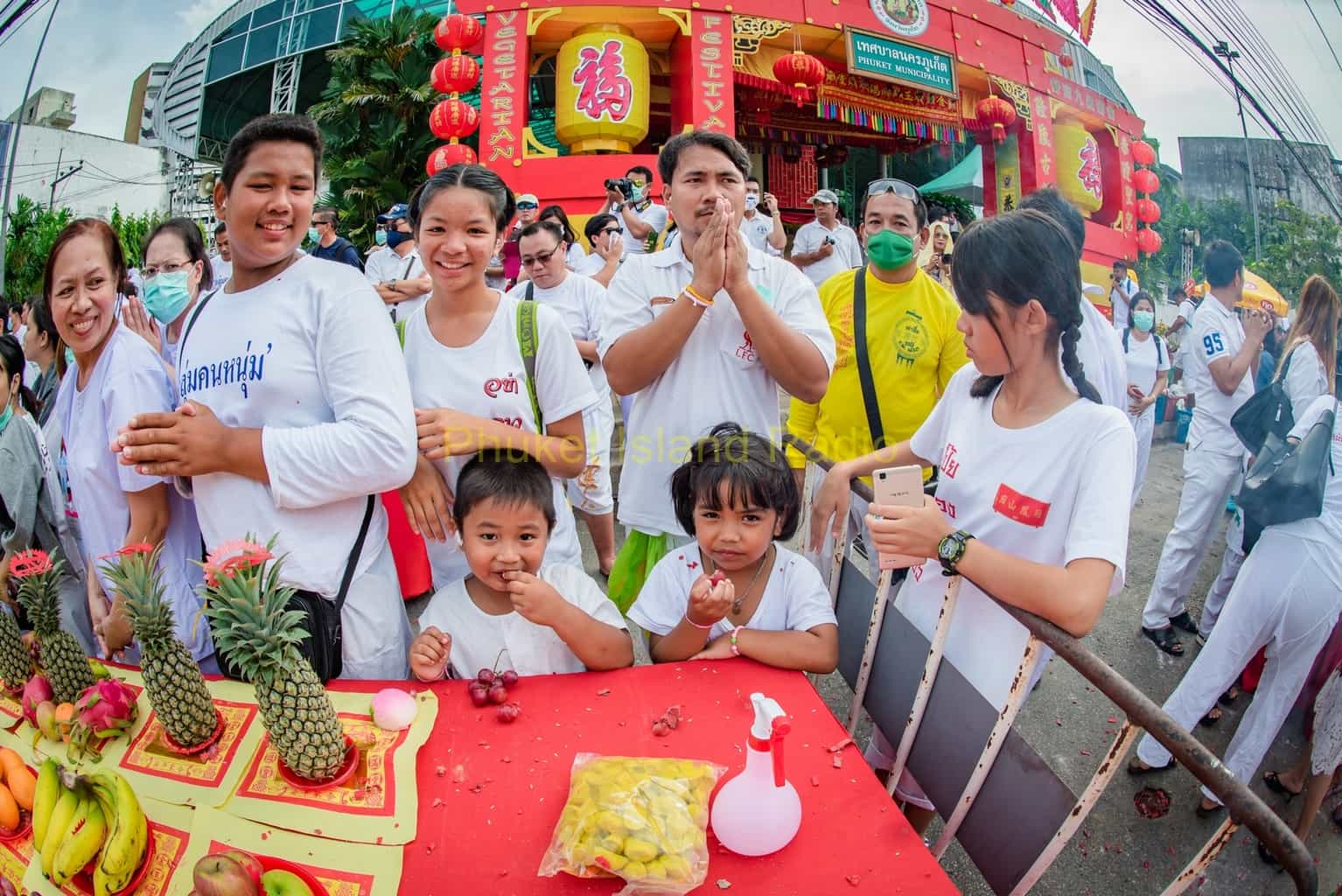 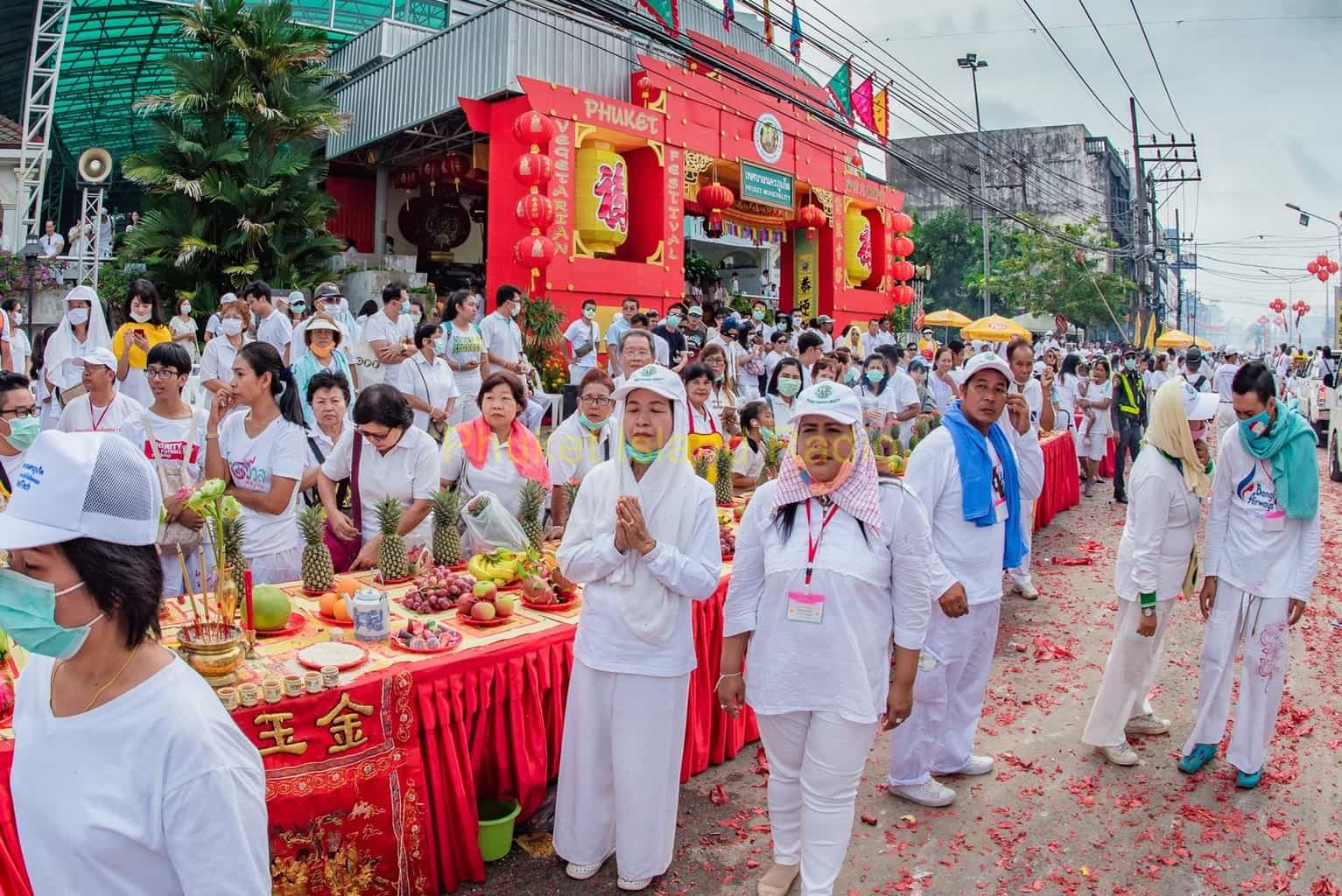 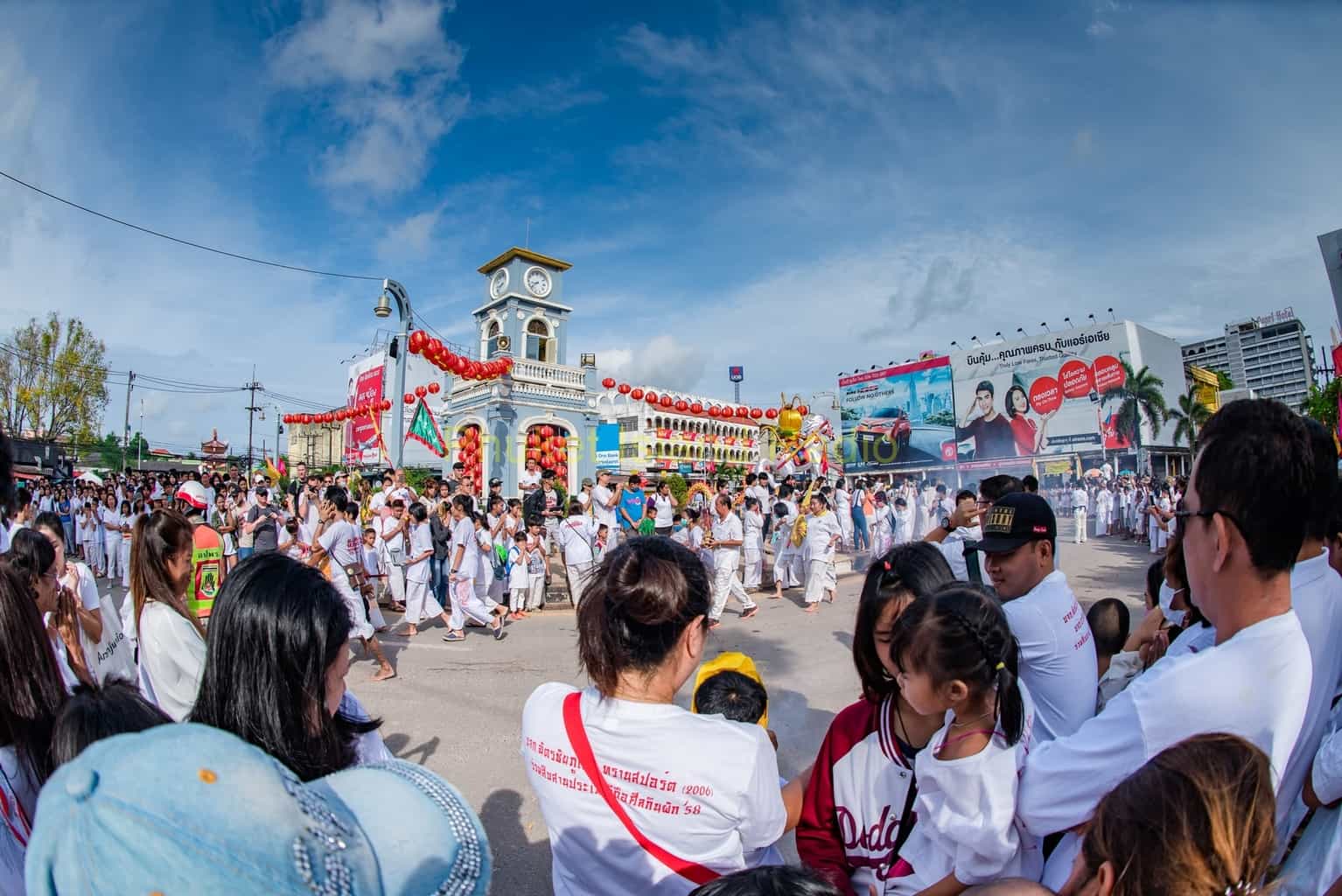 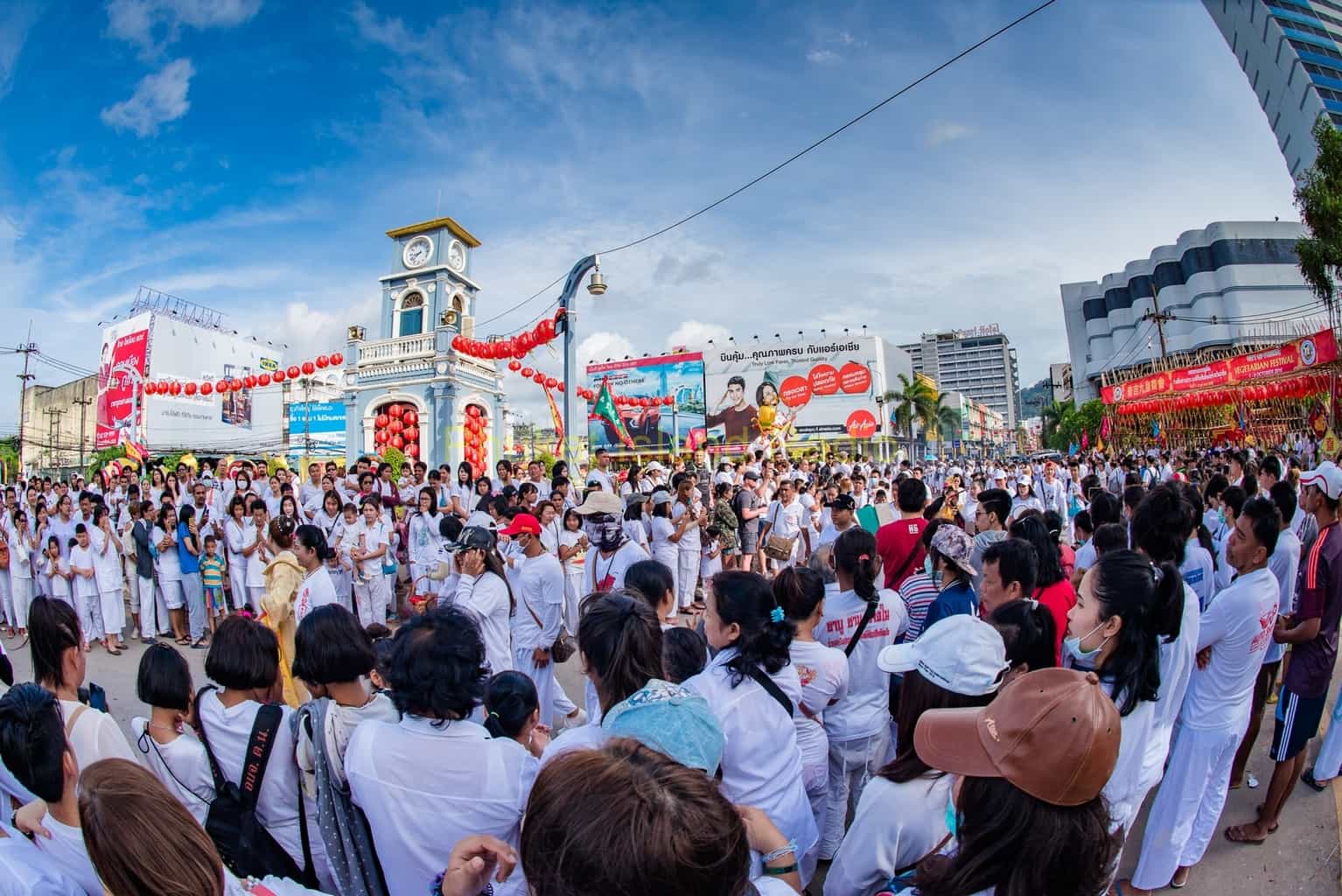 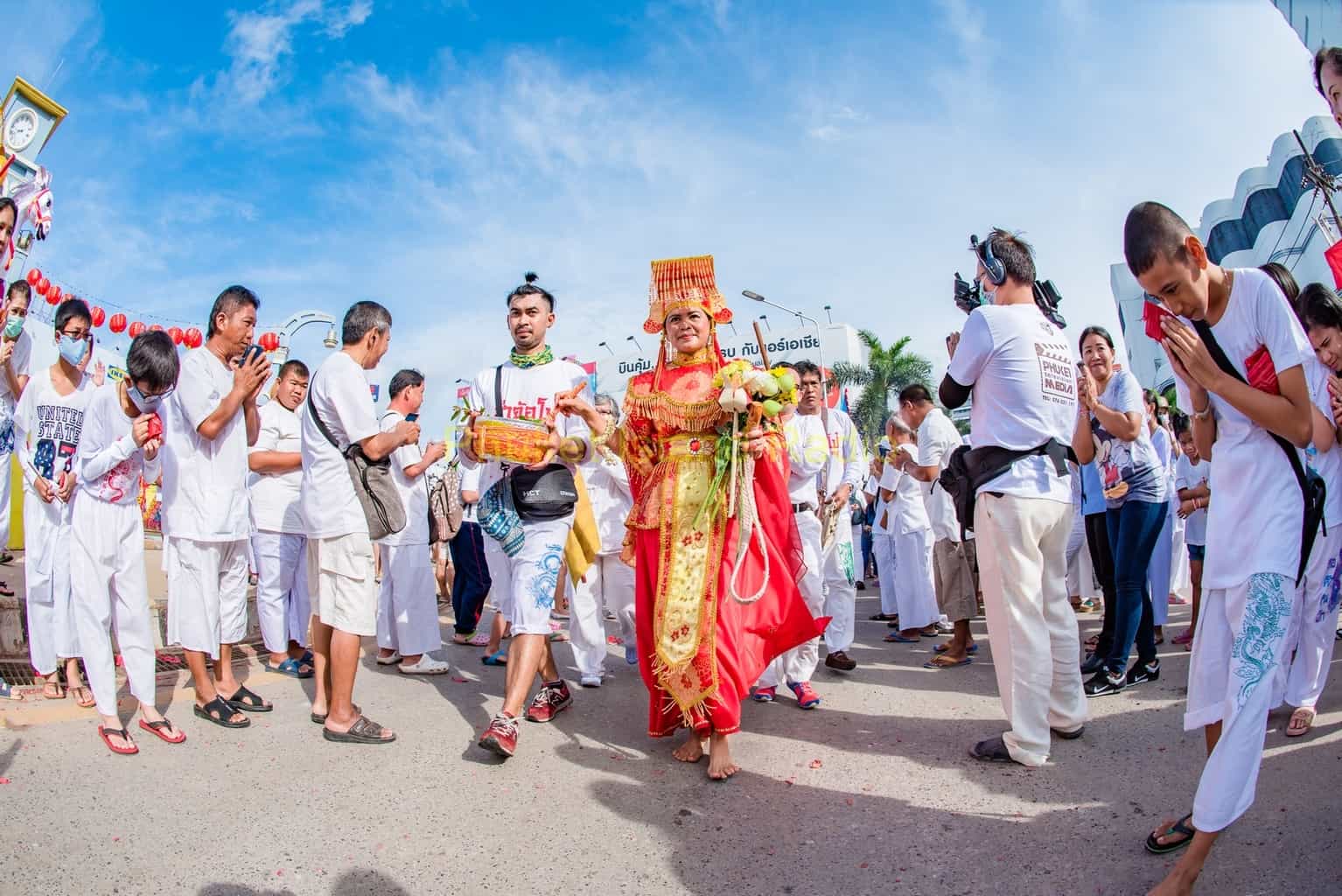 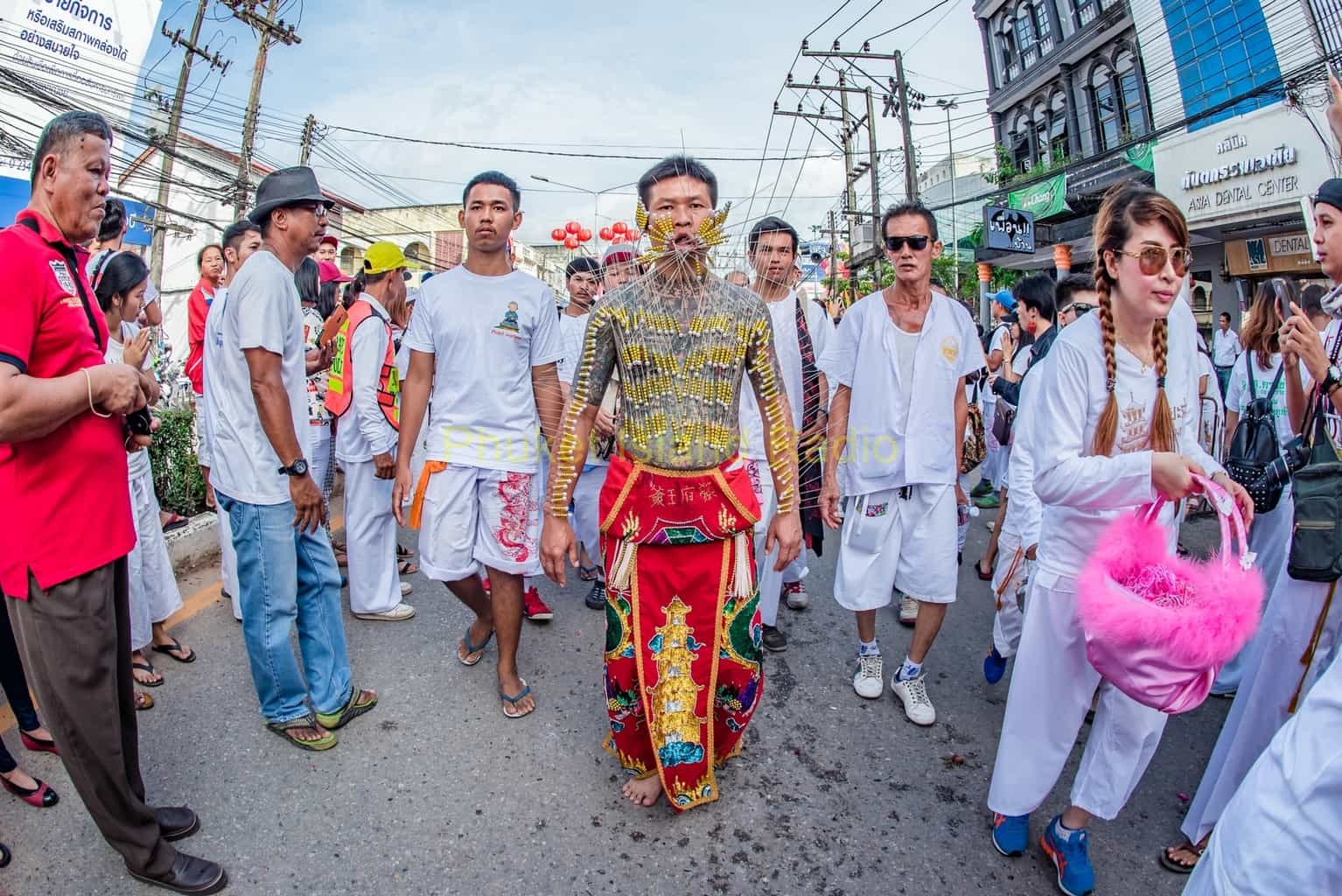 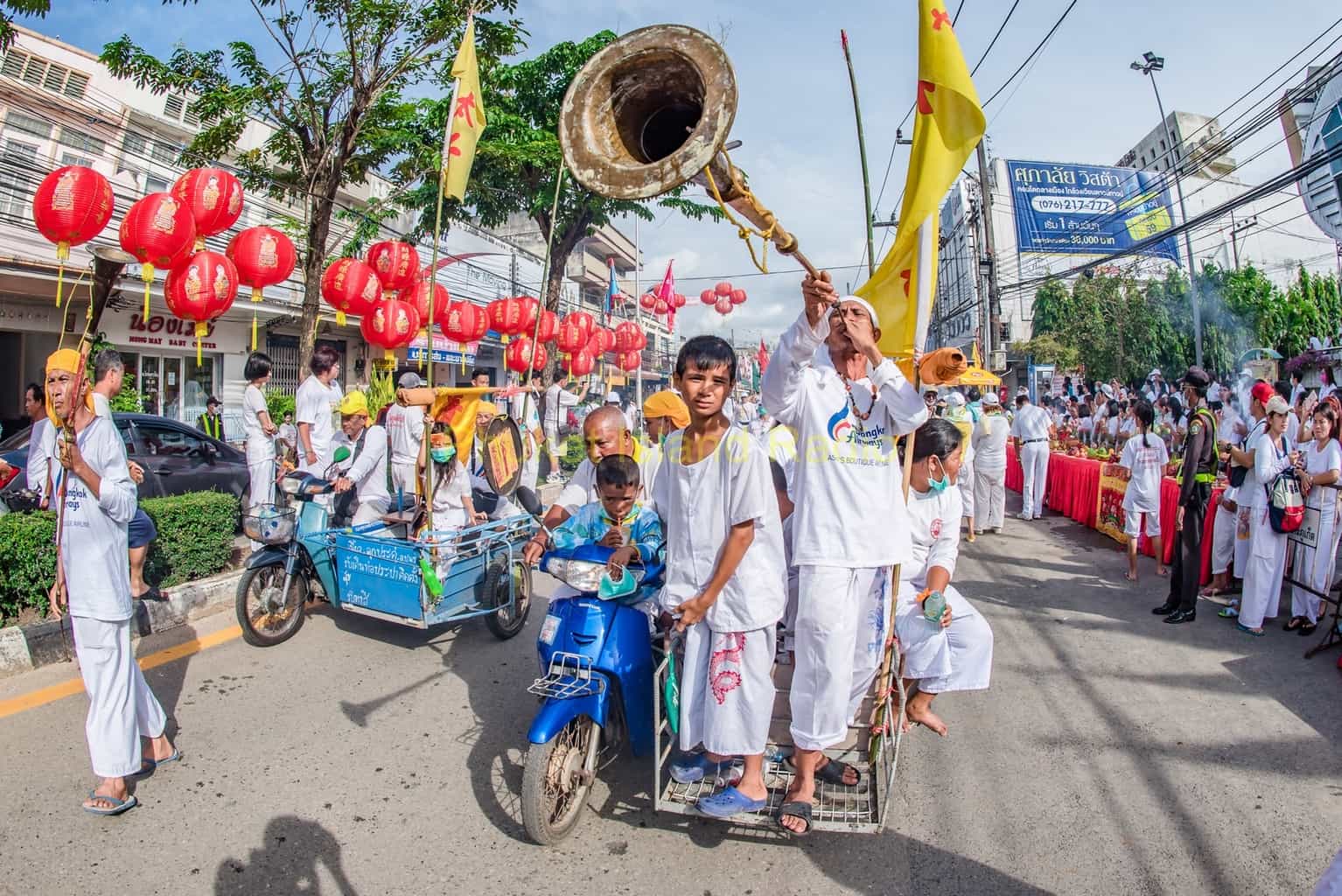 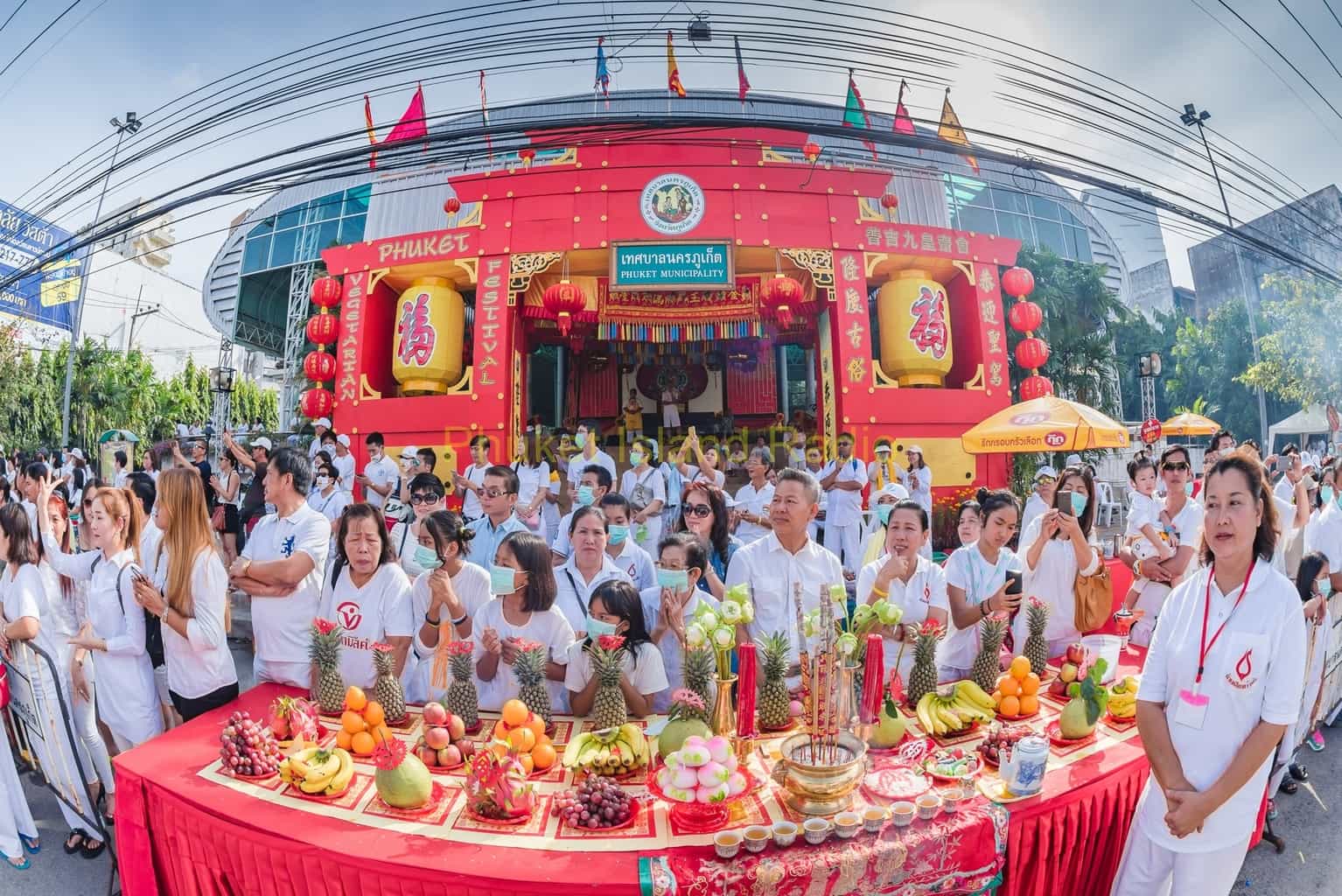 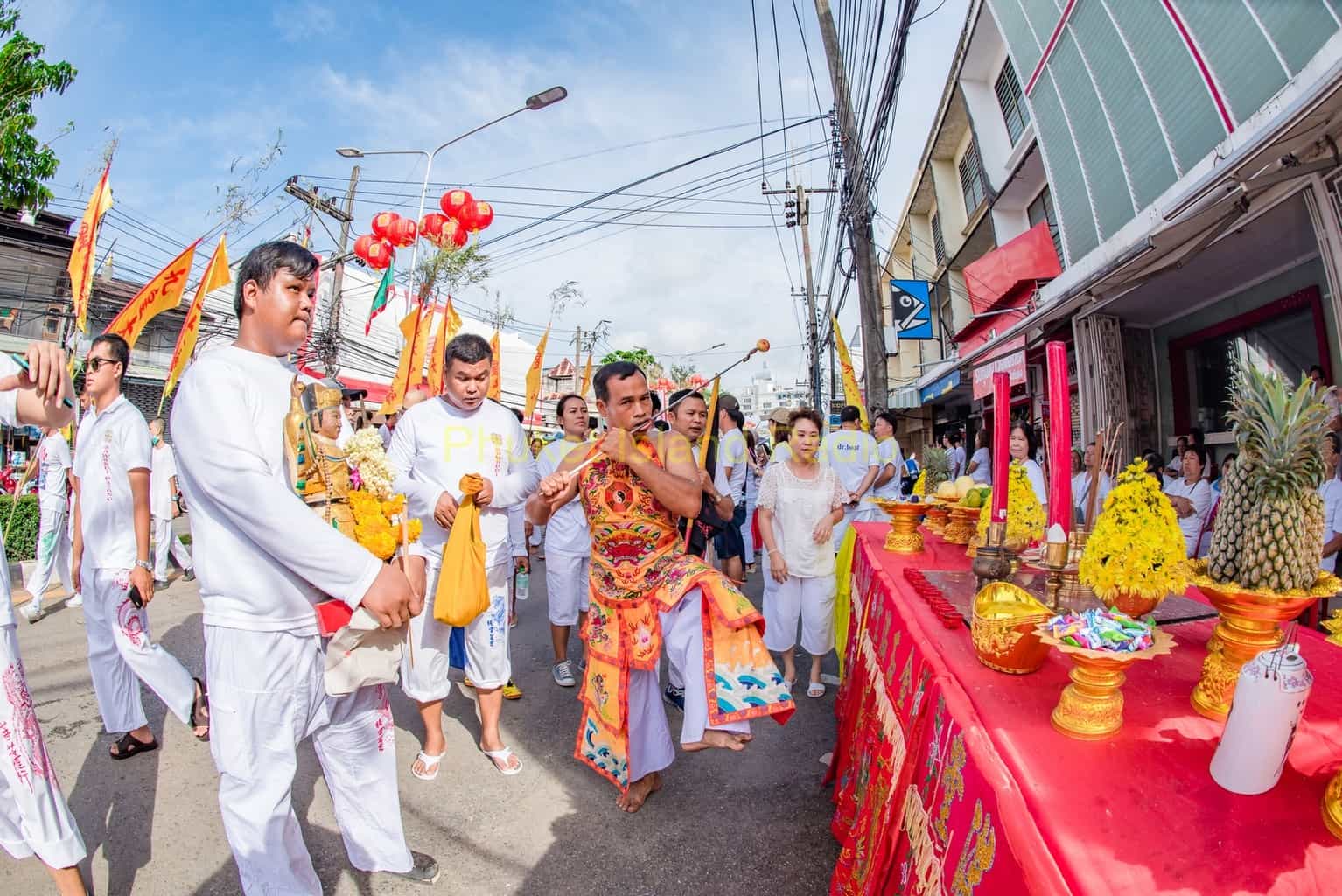 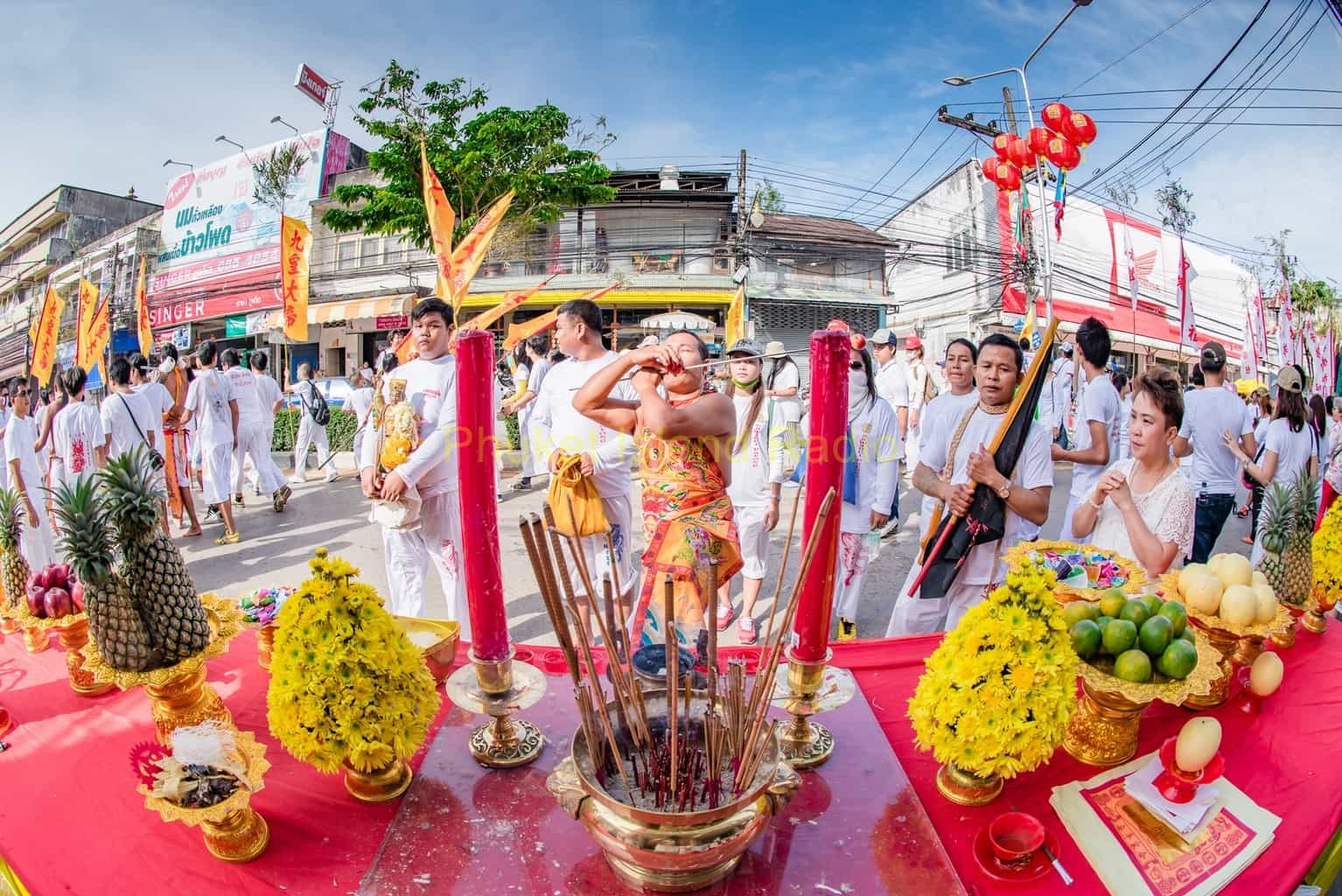 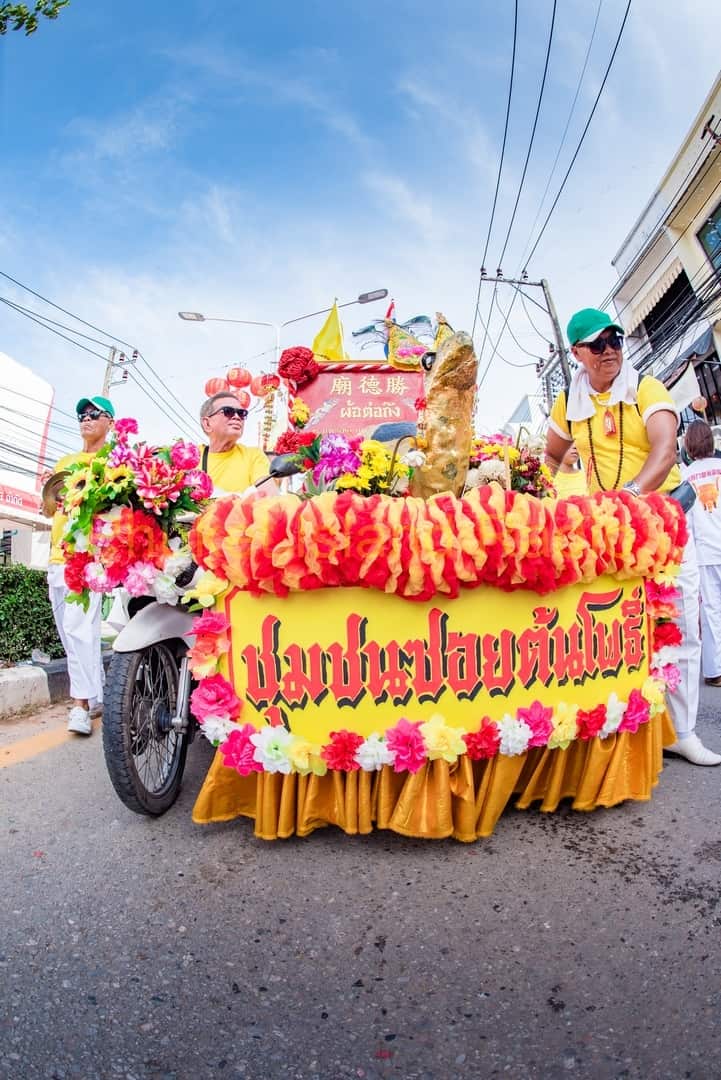 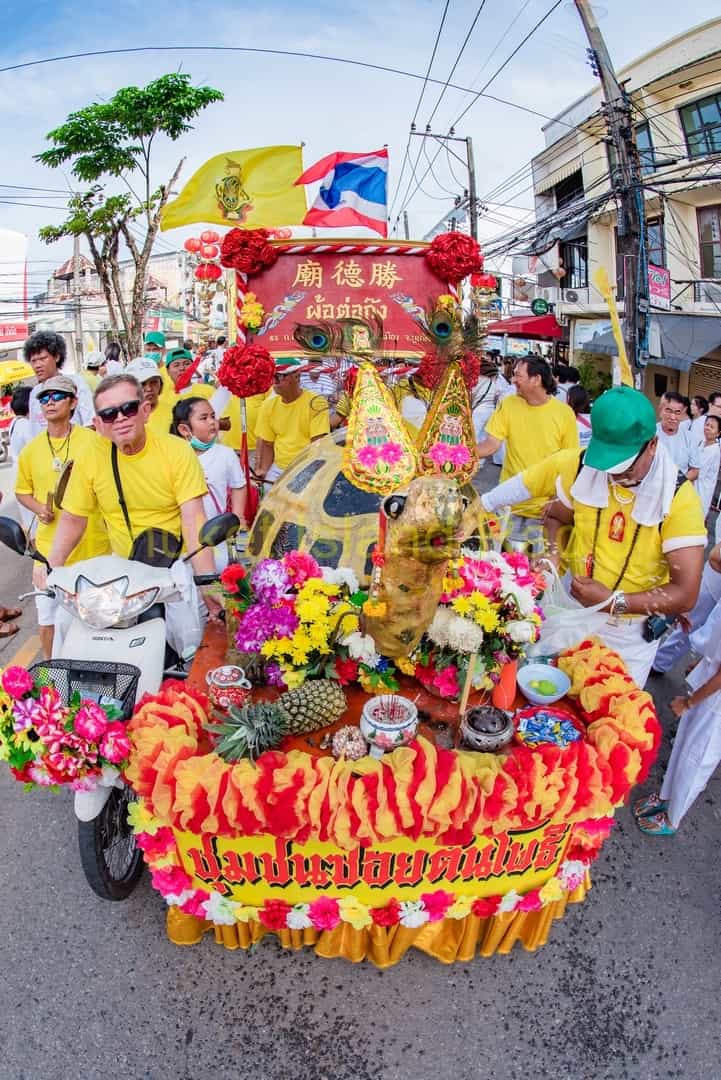 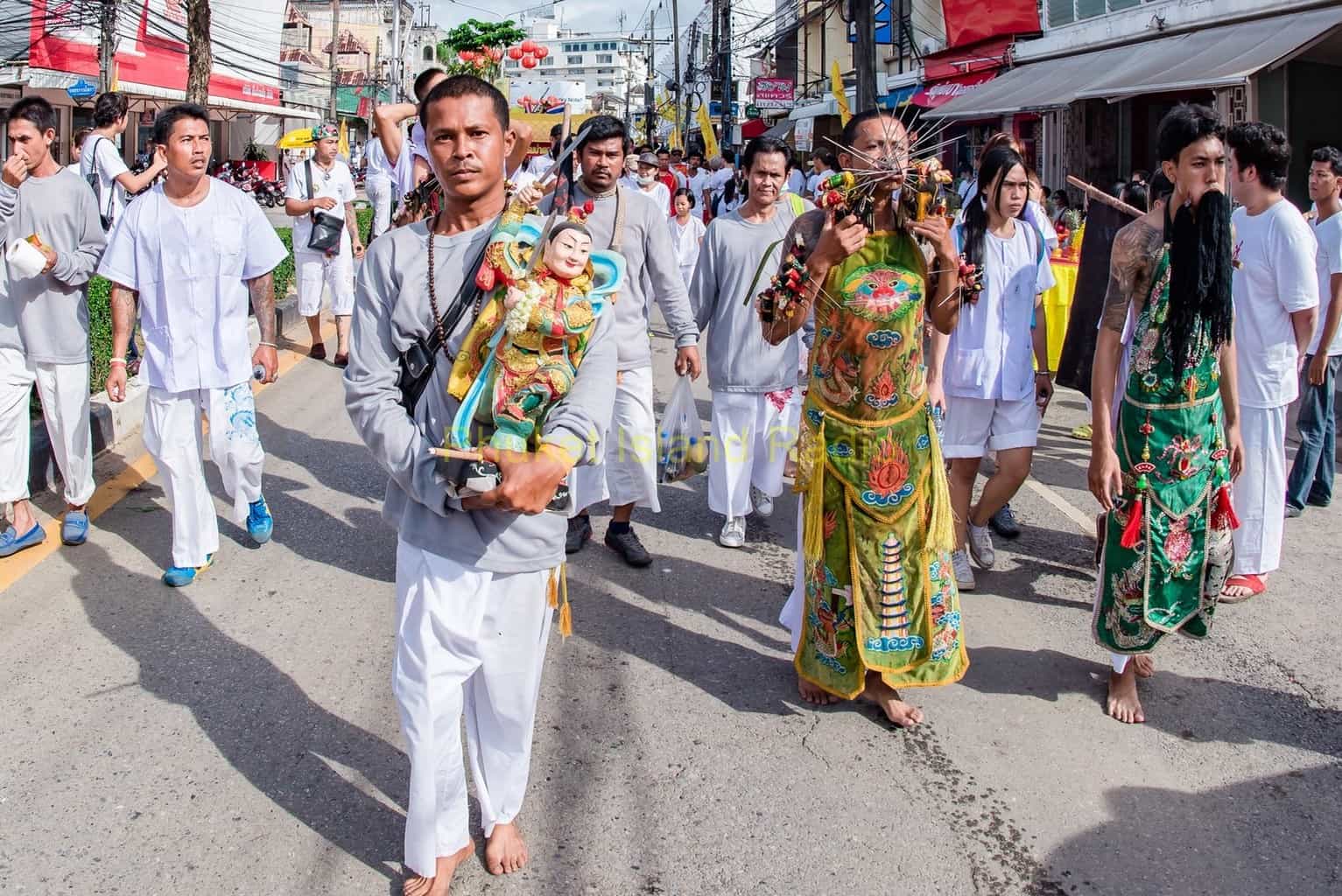 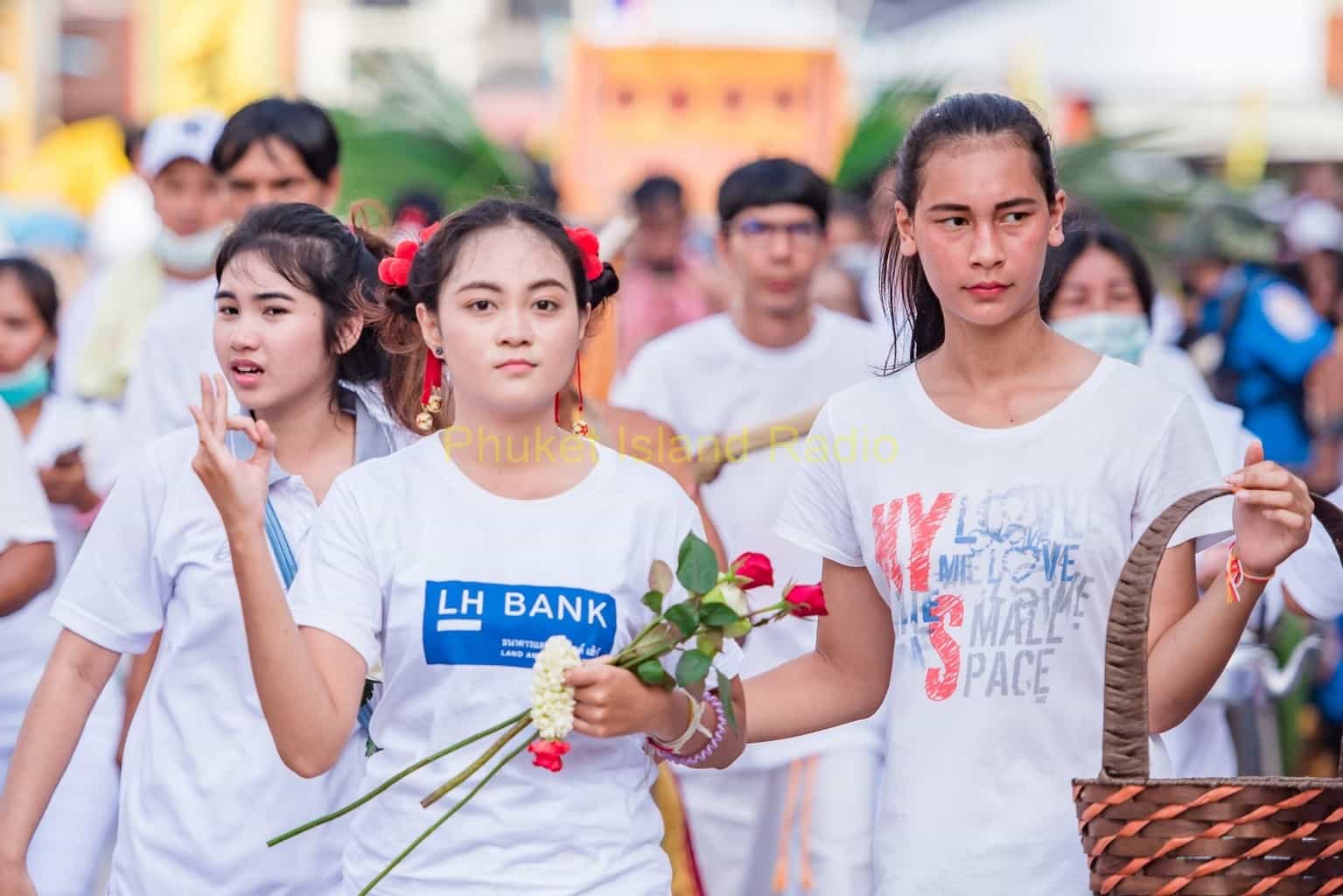 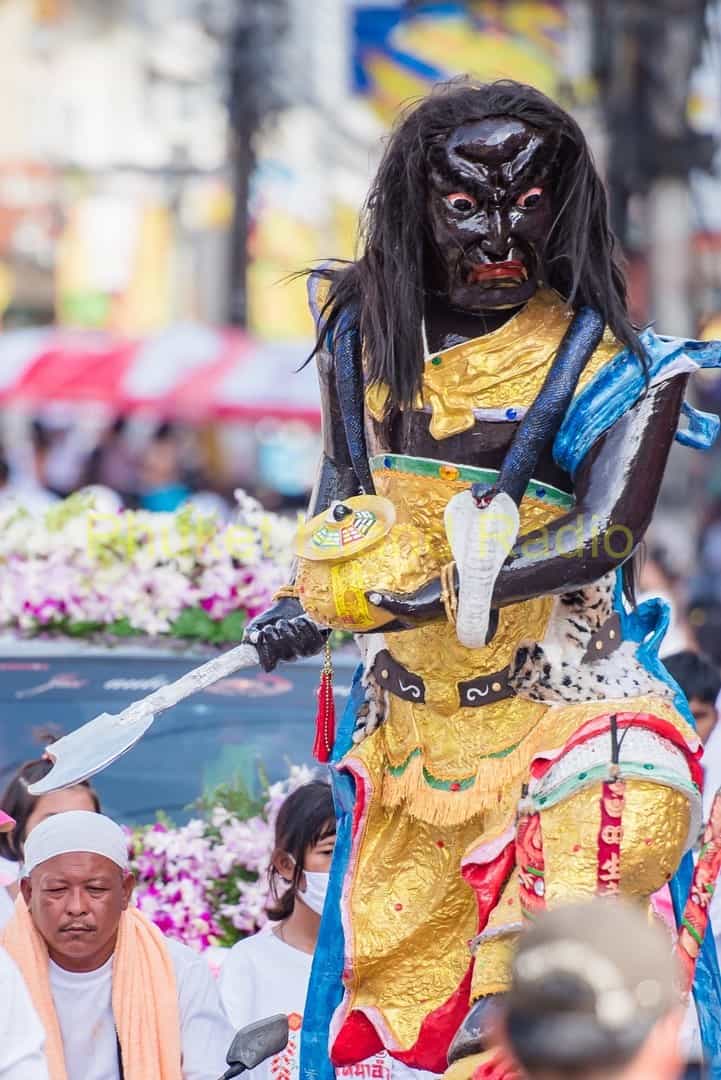