]Ironkids Thailand returned to Thanyapura Health & Sports Resort in Phuket last Saturday for another morning of thrills and excitement.

For the second year, Ironkids Thailand has been based at Thanyapura, and it was beautiful to see this event return in 2016 after a gap of a few years. In Perfect Phuket Weather, the kids could look forward to a fun event. Phuket Island Radio supports these events as part of its overall Phuket Community responsibility.

It’s been great to see so many youngsters join in our second Foremost IRONKIDS Thailand event in Phuket. Looking at the smiles on everyone’s faces, they all had a great time

A 400-metre swim in Thanyapura’s Olympic-sized pool was the first wave (excuse the pun intended) for the 13-14 years of age group, then athletes took to their bikes and endured a 12-kilometre bike ride through the surrounding Phuket area. The final stage of the race was a three-kilometre run.

Randall Liew from Malaysia took first place, with Max Burford in second and Amata Kanpai in third at 55:45.

First over the line came Tamino Lokenberg, followed by Charlie Bear Volaka in second and Ati Krophum third First of the girls in this age group was Orakanya Thantharnon over nine minutes ahead Wasita Areewatananon coming in second and Wariya Turongkinanon third.

Forty-one competitors took on a 200-metre swim, six-kilometre ride, and one and a half-kilometre run. The girls took first and second places, with Chayanit Dasri and Tess Evelyn Greaton finishing in 26:25 and 26:34 in very respectful times. Max Pinfold, the first boy home, came in third at 27:34.

The most significant number of Ironkids Thailand athletes were the 6 to 8 age group, with 44 youngsters taking on the 100-metre swim, three-kilometre bike ride and one-kilometre run. Guillaume Haas Ryffel winners honours, Koran Chaichamroophan second and Marco Rauline and the first female athlete Khanticha Srikwan both crossed the line with a time of 18:06. 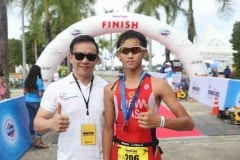 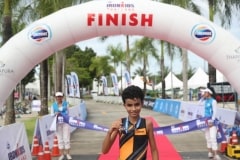 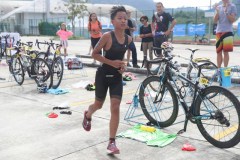 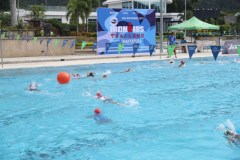 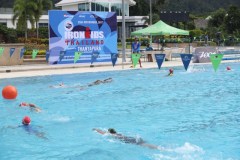 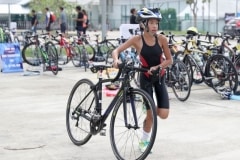 “Here is the full rundown of all the Ironkids results. Well done to everyone.”

You can see more pictures at our Ironkids 2017 Picture Gallery

You will also find some images from the 2012 Ironkids event.