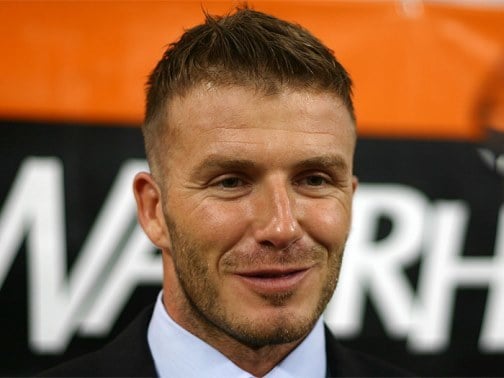 This week direct from our partner the BBC Desert Island Discs programme will present former professional footballer David Beckham as he cast away on a mythical desert island.

Beckham, born 2 May 1975 is without a doubt a football icon. He has played for Manchester United, Preston North End, Real Madrid, Milan, LA Galaxy, Paris Saint-Germain, and the England national team for which he held the appearance record for an outfield player until 2016 when Wayne Rooney surpassed his total.

David is the first English player to win league titles in four countries: England, Spain, the United States and France. He retired from football in May 2013 after a 20-year career, during which he won 19 major trophies

Given the complete works of Shakespeare and the Bible – David then chooses eight songs, a book and a luxury to take with him. He explains his choices and discusses key moments in his life, and the people and events that have influenced and inspired him and brought him where he is today.

Born and raised in East London, David Beckham discovered football early and spent hours kicking a ball around at the local park with his father. At the age of seven, he played for his first team, Ridgeway Rovers, before coming to the attention of Manchester United while attending the Bobby Charlton Soccer School.

He became a trainee with Manchester United in 1991 and progressed to make 265 first team appearances – winning the Premier League six times, the FA Cup twice and the UEFA Champions League once. He played for England from 1996 to 2009 and captained the side for six years.

David reflects on the role his parents played in giving him opportunities from a young age, his early years at Manchester United, the successes and subsequent conflicts with team manager Sir Alex Ferguson, and the difficulties he faced on his return to England after he was sent off in a vital match in the 1998 World Cup.

He also reveals how he and his wife Victoria, who found fame as Posh Spice from the Spice Girls, first met and dated, and remembers – with some amusement – their very lavish wedding in 1999, in which his outfit included a purple top hat.

Desert Island Discs was first broadcast in the UK in 1942. This programme marks its 75th anniversary.

Available throughout Phuket on 91.5 and 102.5FM and around the World on mobiles and internet.