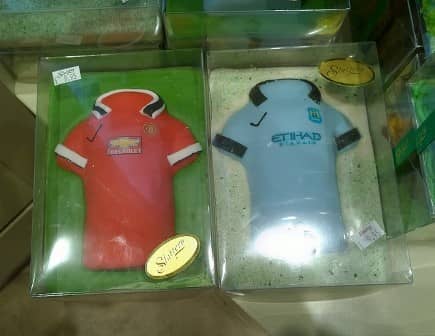 Manchester Derby with Jose Mourinho and Pep Guardiola set to meet for the first time in a Manchester derby on Saturday. Tune into Sportshour as we take a look at the rivalry and mistrust between the managers of Manchester United and Manchester City. They were friends at first, so why is that no longer the case?

The Manchester derby refers to football matches between Manchester City and Manchester United, first contested in 1881. City play at the City of Manchester Stadium and United at Old Trafford.

As of the 20th of March 2015, there have been 171 competitive meetings between the teams. United have won 71 and City 49, the remaining 51 games finishing as draws.

The biggest victories have been to City who has won 6–1 on two occasions in the official league (both times in the away fixture at Old Trafford) on 23 January 1926 and 23 October 2011. But on 14 April 1941 during a war league derby match at Maine Rd, United beat City 7–1.

With United, City, Jose Mourinho, and Pep Guardiola set to renew their rivalry in the 172nd Manchester derby. Gary Neville from Sky Sports tackles the key talking points ahead of this weekend’s eagerly-anticipated clash at Old Trafford. read the full article here

What else in Sportshour?

3D Printer Paralympian: When Germany’s Denise Schindler peddles up to the start line at the Rio Paralympic Games, she will be unique among the cyclists she’s competing against. Denise lost her leg as a small child and what makes her one of a kind is that her prosthesis, arguably the most important element of equipment will have been made using a 3D printer!

Nomad: The Nomad Games were held this week in Kyrgyzstan, celebrating the traditional sports of Central Asia. Over 40 nations are represented and compete in events including eagle hunting, MAS Wrestling (stick wrestling) and kok boru (goat carcass polo). We hear from Stefan Sekej who won Norway’s first ever medal at the games when he picked up bronze in the MAS wrestling.

Sportshour is presented by Caroline Barker and broadcast LIVE via satellite on 91.5 & 102.5FM Phuket Island radio at 4pm every Saturday.

Tune in online and on air