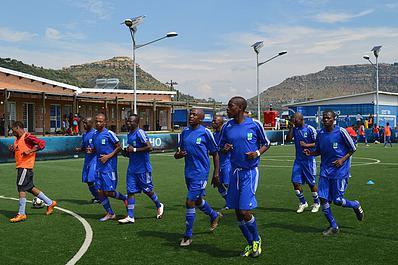 This week Sportshour is looking at playing Football on the roof of Africa, some Gorgeous Ladies of Wrestling and New Zealander Alex Hunt playing the ATP tour with a prosthetic arm.

Sportshour is broadcast live each Saturday throughout Phuket at 4 pm and is only available on 91.5 & 102.5FM Phuket Island Radio.

You can read me about GLOW at their Wiki page here

Hunting for Change. Alex Hunt has become the first disabled player to pick up a ranking point on the Men’s Professional Tennis Tour, the ATP. He won his first-round match at an invitational tournament in Guam beating 18-year-old Christopher Cajigan 6-0 6-0. The New Zealander, who was born with only half of his left arm. Alex has to wear a prosthetic arm when he competes.

Sportshour is available in Phuket LIVE via satellite every Saturday at 4 pm, on-air at 91.5 & 102.5 FM and online from desktop and mobile apps. Sportshour is presented by Caroline Barker

Wimbledon is the oldest tennis tournament in the world and is widely considered the most prestigious.  In BBC Wimbledon Update Chris Dennis presents a daily five-minute round-up of all the action and Phuket Island Radio will be playing this update throughout the day right here in Phuket on 91.5 & 102.5FM Tune in here

As expected, this year’s NBA Playoffs is filled with a lot of drama (as if the regular season wasn’t already