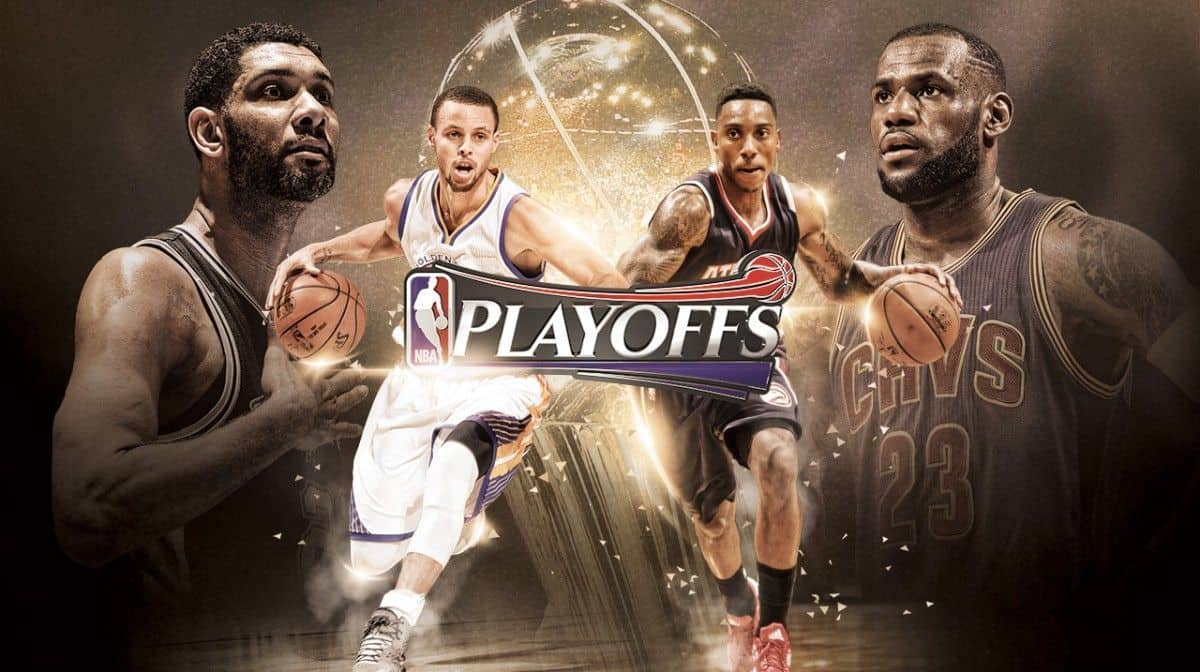 As expected, this year’s NBA Playoffs is filled with a lot of drama (as if the regular season wasn’t already).

Former champions out of the competition, players plagued by injuries and have been incurring fines and suspensions.

The race to the finish line is just a few games away. And by this time, it’s already hard to determine which team has the best odds of winning this year’s championship title!

Who’s in and who’s out

The Los Angeles Clippers had already knock-out the defending champion San Antonio Spurs and they are now in a tight game 7 match with the Houston Rockets. The winner will face the Golden State Warriors in the Western Conference Finals for the chance to square off with the victorious Eastern Conference team.

The Golden State Warriors have been extremely good this year. And the fact that Stephen Curry is this year’s MVP, the Warriors continue to prove why they’re a tough match for any team. The Warriors advanced to the Western Conference finals after winning the series between the New Orleans Pelicans and the Memphis Grizzlies.

It looks like Lebron James is the lucky charm in Cleveland. James’ Cavaliers have reached the Eastern Conference finals for the first time since 2009.

The Cleveland Cavaliers had their toughest playoff games when they faced Derrick Rose and the Chicago Bull in the second round of playoffs.

Unfortunately for Rose, he will again have to wait until next season to get a chance to win a championship.

The other Eastern Conference finalist is the Atlanta Hawks.

The Hawks have battled with Paul Pierce and his Washington Wizards.

The Wizards fell short after Paul Pierce failed to score the game-tying buzzer beater during their game 6 encounter.Â With the Playoff exit, Paul Pierce seems ready to retire after 17 seasons.

“I don’t know if I’m even going to play basketball anymore. These seasons gets harder and harder the older you get,” said Pierce after completing his 17th. “It’s tough rolling out of that bed every year, every day. Summers get even harder when you start getting back in shape. I’m 37 years old. … It’s a lot of things I’ll talk to my family about and just figure out from there. I love my time in Washington. It’s a lot to think about right now.” More on this here

Itâ€™s going to be fun watching the conference finals as these games tend to be more physical and emotional at the same time. The Cleveland Cavaliers (Rank 1) will have a tough time dispatching the Atlanta Hawks (Rank 2) for sure.

The Golden State Warriors (Rank 1) are still waiting for the winning team between the Los Angeles Clippers (Rank 3) and Houston Rockets (Rank 2). It’s definitely going to be an exciting race to the finish.

Which team do you think will best the competition?

Will James get his 3rd championship ring or is this year’s championship title for the MVP awardee? The NBA conference finals games begin on May 19th 2015.

Stay tuned to Phuket Island radio and catch Ryk Orion on the Breakfast Show as he keeps us up to date on all theÂ NBA Conference Finals 2015 latest news.