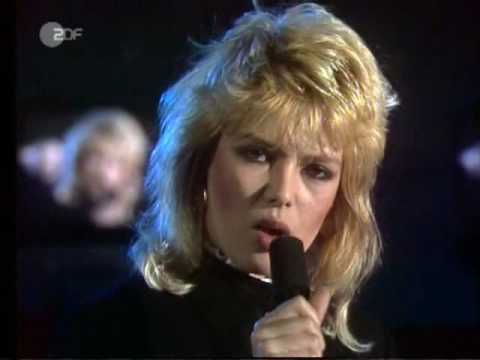 Programme 51 has another stellar line of hits and some one hit wonders.

Kicking off Hour One

The Four Tops, Loco in Acapulco, The Colour Field, Thinking of You and The Stranglers, Skin Deep

The Pretenders, are up next with Don’t Get Me Wrong and it’s the 12″ Inch Remix.

“Don’t Get Me Wrong” is a song released by the pop-rock group and it was the first single taken from the group’s 1986 album, Get Close. It can also be found on the band’s The Singles album, released in 1987. The Pretender’s first Top 10 pop hit, “Back on the Chain Gang”, had reached #5 in 1983.

Up next on the Monday Night Retro Radio Show is The Rah Band with Clouds Across the Moon, followed by John Miles, High Fly and Carole King, It Might as well rain until September takes up to our treat in the first hour ABBA.

“Take a Chance on Me” is a song by the Swedish pop group. Released in January 1978 as the second single from their fifth studio album ABBA: The Album. The song has been featured on a number of ABBA compilations such as Gold: Greatest Hits, still played around the Beach clubs in Phuket and some of the discos.

The final segment of the first hour and it’s Mr. Big with To Be With You. Not forgetting, Andy’s quiz The School Days Challenge, and then time for some Roses!!

As in Guns and Roses and Sweet Child O Mine. “Sweet Child o’ Mine” is a song by the American rock band and featured on their debut album, Appetite for Destruction (1987).

Released in August 1988 as the album’s third single, the song topped the Billboard Hot 100 chart, becoming the band’s first and only number-one single in the U.S..

Billboard ranked it as the No. 5 song for 1988. It reached number six on the UK Singles Chart, when re-released in 1989

Finally, as we head towards the hourly BBC News from London there’s Jigsaw and Sky High, Andy reveals The School Day Challenge and Kirsty Macoll plays us out with A New England

Following the BBC News, we now have another full hour of retro and plenty to enjoy on our Monday night retro format as Andy Henly takes us up to the 10 O’clock news.

Do you remember Paul Hardcastle and his anti-war song nineteen (19)?

Focusing on America’s involvement in the Vietnam War and the effect it had on the soldiers who served. The song has a strong anti-war message.

The track was notable for early use of sampled and processed speech. In particular, a synthesized stutter effect used on the words ‘nineteen’ and ‘destruction’.

It also includes various non-speech, re-dubbed sampling, such as crowd noise and a military bugle call.

“19” features sampled narration, out-of-context interview dialogue (“I wasn’t really sure what was going on”). News reports from Vietnam Requiem the ABC television documentary about the post-traumatic stress disorder suffered by Vietnam veterans. In 2009, the song placed at 73 on VH1’s 100 Greatest One-Hit Wonders of the 80s

Robert Palmer and The Kinks

Continuing the Monday night retro theme next up is Robert Palmer and a Bad Case of Loving You followed by The The Kinks  All Day and All of the Night, Jacko is in the playlist with Billie Jean

Technetronic brings us a little Dance Music and EDM with Pump Up The Jam.

Not sure if  “The Lion Sleeps Tonight” but Tight Fit will make sure you’re all awake, Huey Lewis and the News will be bringing The 12″ Remix of the Power of Love and Let Loose will be telling you they are, Crazy for You.

“The Boys Are Back in Town” is a single from Irish hard rock band Thin Lizzy.

Q magazine placed “The Boys Are Back in Town” at No. 38 in its list of the 100 Greatest Guitar Tracks.

The song was originally released in 1976 on their album Jailbreak.

Supergrass and Alright is our penultimate Monday Night Retro hit while our little princess readies for the finale.

Covered by many artists from different genres, “Kids in America” is our final song tonight. Recorded by British singer Kim Wilde. It was released in the United Kingdom as her debut single in January 1981. Followed by the United States in spring 1982.

Finally, Help compile Andy’s Mix Tape with your choice of classic song, tell us why it should be on it and we’ll do the rest.