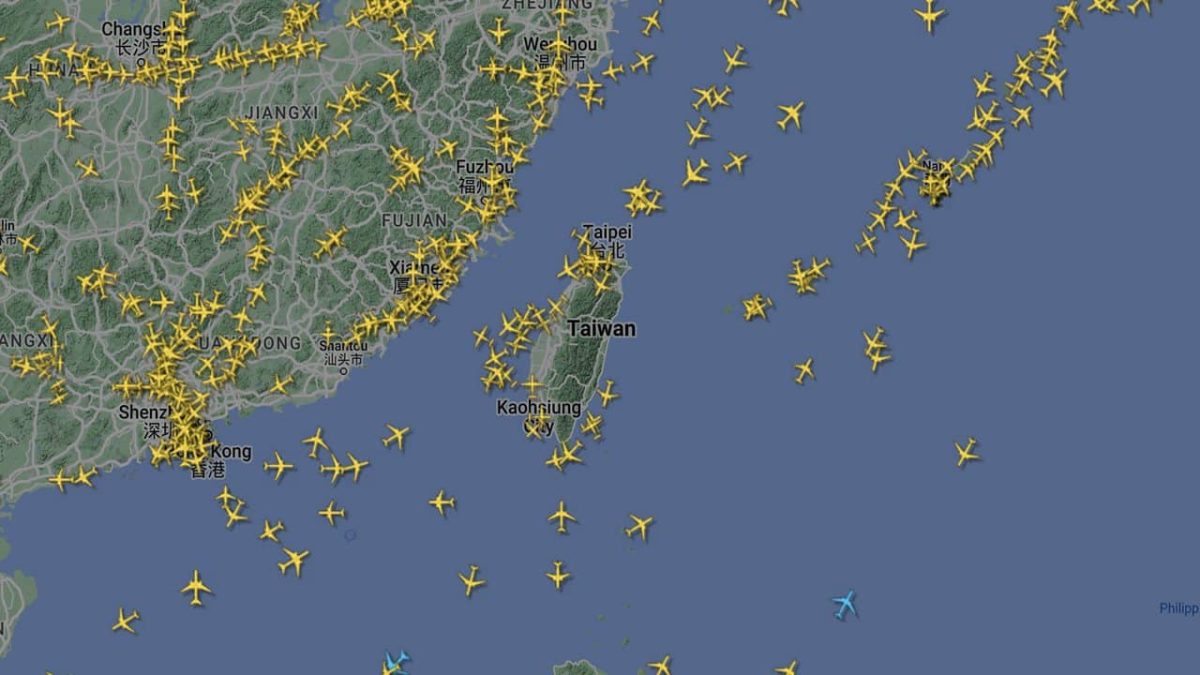 Were you one of the 2.92million people watching Nancy Pelosi fly into Taiwan on FlightRadar24 bypassing Chinese bases in the South China Sea as it approached Taipei?

This programme is now available ON-Demand by visiting the Science in Action Page, it will be available until Thursday the 18th of August. It will also be broadcast on Sunday the 14th of August in Phuket at 9:00 AM on 91.5 FM and 102.5 FM and Online via the Internet radio portals.

It’s one of the most popular flight tracking sites in the world and uses open standard surveillance technology which allows planes to transmit their location data to anyone with a receiver.

Not only Nancy Pelosi.

As the receivers are fairly inexpensive it now has a network of more than 30,000 and collects data from other sources, not just a Nancy Pelosi flight, using satellites.

These data sources aren’t blocked which is why so many flights can be tracked (although they are not always named).

Meet Ian Petchenik from FlightRadar24 who is on the show to explain more.

New push to get women into fintech in Ethiopia Digital payments in Ethiopia is just part of a much wider push by the government to get the country financially online. Currently most payments – including fuel bills – are paid by cash.

The project is aimed at women, so they don’t get left behind in Ethiopia’s fintech revolution. Wikipiano – a call to compose our Radio Theatre performance piece Digital Planet is celebrating its 21st birthday this September and we’re recording a special show in the Radio Theatre (you’re all invited).

To help us party we’re asking our listeners to compose a special multimedia performance of Wikipiano that will be premiered on the night in the Radio Theatre. You don’t have to be musical – log onto Wikipiano.net and add text, video, and images, compose new music (if you can), and add actions for cyber soloist Zubin Kanga to perform on the night. Zubin helps Gareth add to the score and invites all our listeners to have a go themselves.

The piece was composed by Alexander Schubert.

So much to hear from the BBC