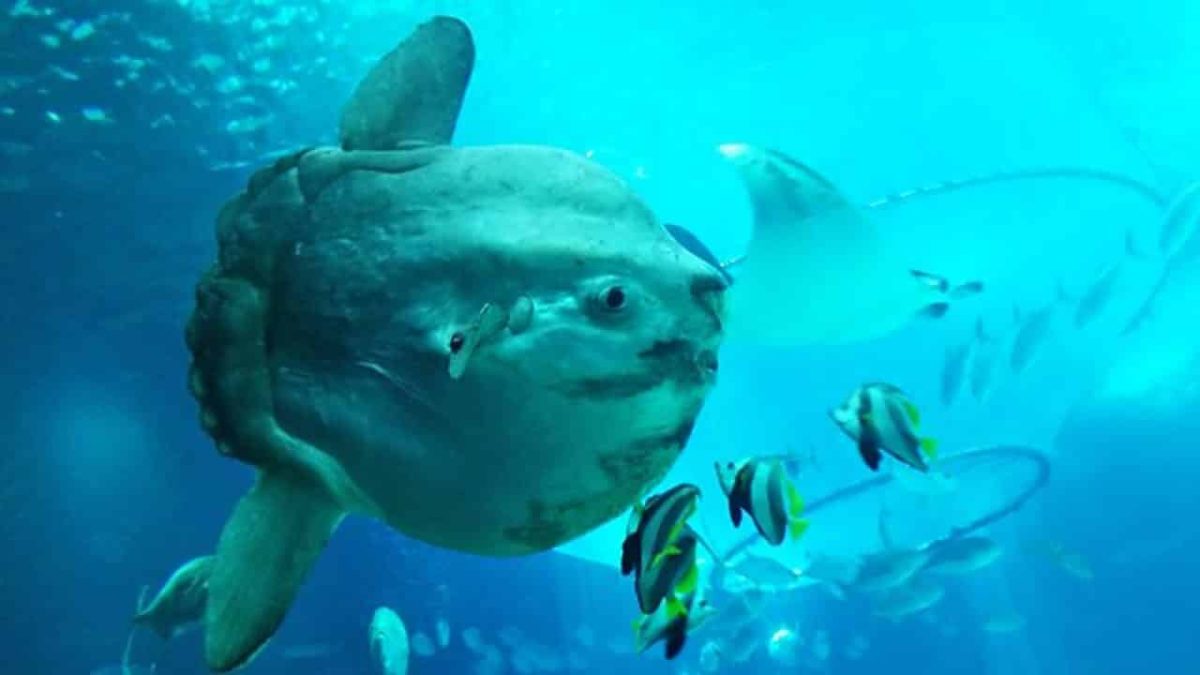 A Jaguar last week Wild Inside, The Burmese Python and now The Ocean Sunfish

In the final week of this three-part series Ben Garrod and Jess French get under the skin of Mola mola the world’s largest bony fish to unravel this bizarrely shaped predator’s ability to swim to a huge range of depths.

This programme is available NOW on Demand on the BBC Discovery Page and is available until Tuesday the 4th of May. It will also be broadcast on Sunday the 1st of May in Phuket at 8:30 AM on 91.5 FM and 102.5 FM and Online via the Internet radio portals.

Ben Garrod and Jess French delve deep inside the predatory Burmese Python to examine the extraordinary body plan that enables it to catch, constrict and consume huge prey whole.

The start of a new series from Wild Inside, first the Jaguar, next week the Burmese Python followed the week after the bizarre-looking Oceanic Sunfish.

Wild Inside embarks on something we hardly ever witness – a look inside some of nature’s most wondrous animals.

It’s a rare chance to delve deep into some enigmatic and very different wild animals – from a reptile to a mammal to a fish – unravelling the intricate internal complexity inside three of the most amazing animals ever to evolve.

What makes the ultimate predator?

What are the keys to successful survival in an ever-changing environment?

Whilst we’ve gained a lot by observing their behaviour from the outside, to truly understand these animals, we need to look at what’s on the inside too.

Ben Garrod, Professor of Evolutionary Biology and Science Engagement at the University of East Anglia, together with a friend and expert veterinary surgeon Dr Jess French, open up and investigate what makes each of these animals unique.

During each animal post mortem, they’re joined by experts in comparative anatomy, evolution and behaviour as they put these enigmatic animals under the knife.

Along the way, they reveal some unique adaptations which give each species a leg (or claw) up in surviving in the big wild world.

The series begins with one of the truly exotic loaners of the cat family – which at just over two metres long, covered with beautiful gold and black rosette markings, is pure jungle royalty – the greatest of the South American big cats – the Jaguar.

Part 2: One of the largest predatory reptiles – the Burmese Python whose extraordinary singular body plan has enabled nearly 4000 species of snakes to succeed in inhabiting nearly every part of the planet.

Part 3: The largest bony fish you might never have heard of – the bizarre-looking Oceanic Sunfish which is being spotted increasingly in UK waters

Plenty more EDItainment from the BBC