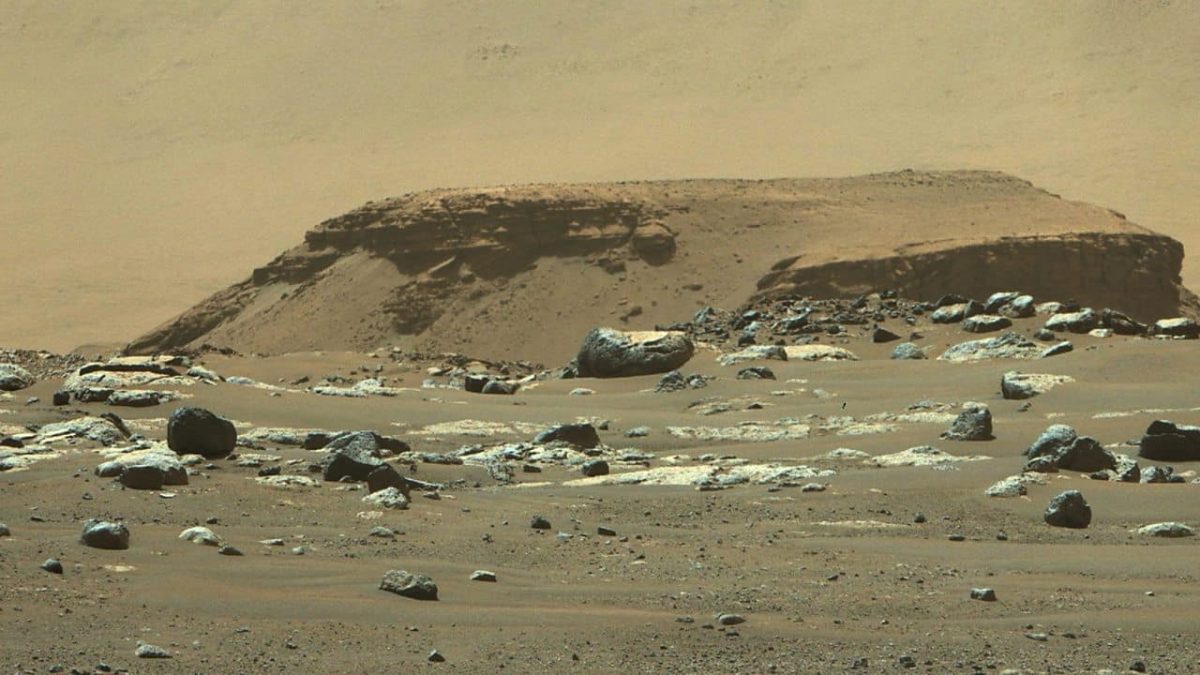 The Jezero Crater a Martian Lake Bed has given up a few surprises on Mars and was targeted by Nasa’s Perseverence rover because from orbit, there was strong evidence it had at some point contained a lake.

This programme is now available ON-Demand by visiting the Science in Action Page, it will be available until Thursday the 1st of September. It will also be broadcast on Sunday the 28th of August in Phuket at 9:00 AM on 91.5 FM and 102.5 FM and Online via the Internet radio portals.

What is a Martian Lake Bed

When the Mars 2020 mission landed, it didn’t take long to spot rocks protruding from the bottom that looked for all the world like sedimentary rocks (a Martian Lake Bed) – implying they were laid down from the liquid water and maybe perhaps even contain signs of past life.

This week, the science team published some of their analysis from the first 9 months of the mission.

As Principal Scientist Kenneth Farley of Caltech tells Science In Action, the geology is clearly more complex, as it turns out they are igneous, perhaps resulting from subsequent volcanic activity.

Back on earth, Shane Cronin of the University of Auckland has been digging into the legend of the Kuwea volcano in Vanuatu.

Folk tales have long talked of an inhabited island that once disappeared beneath the sea.

Over the years some have linked these and the submarine caldera with an eruption that occurred in 1452, yet the evidence has been debated. But the Hunga-Tonga eruption earlier this year has shifted Shane’s perception of the evidence. As he describes, he now suspects the 1452 eruption was as much as 5-7 times bigger in magnitude, and likely preceded by smaller eruptions that could fit with some of the legends surrounding the story.

This type of evidence, interpreted from the testimony of those who live there, is increasingly being employed in conservation studies.

Heidi Ma of ZSL in London and colleagues this week declared in Royal Society Open Science, that the Dugong – a relative of the manatee – is now functionally extinct in Chinese waters, but they reached this conclusion from interviewing hundreds of individuals in fishing communities along that coast. And very few of them had ever seen one.

Take a look around our BBC EDUtainment channels.