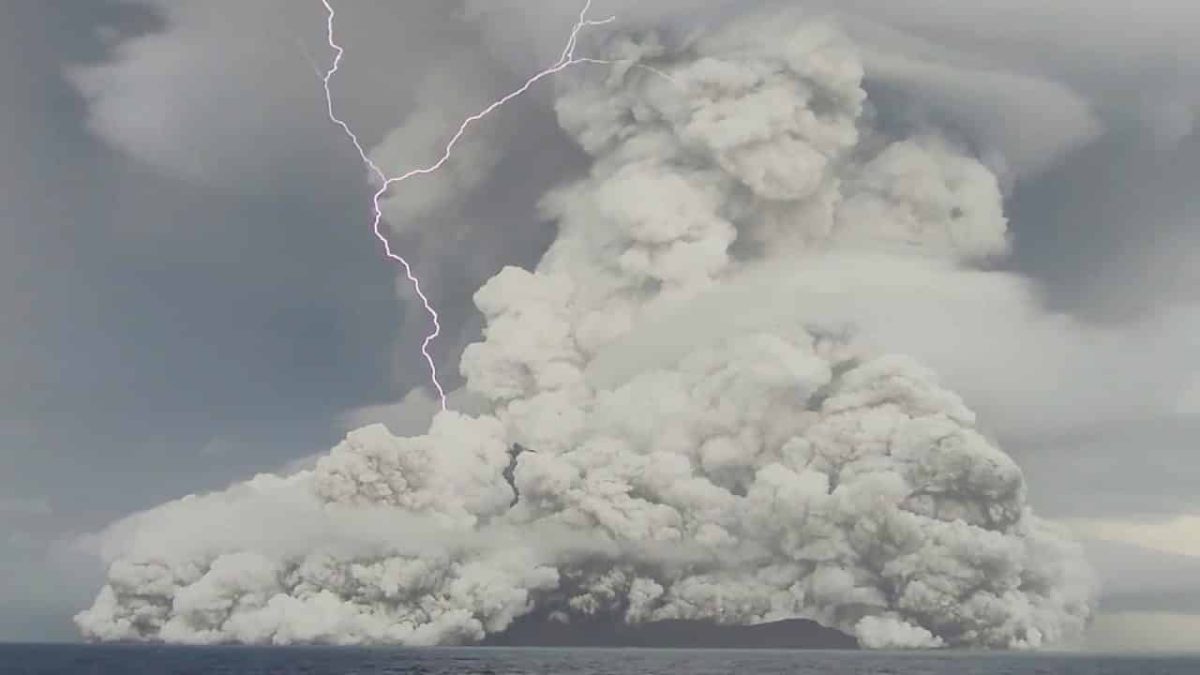 The effects of the Tonga eruption could be felt around the world.

Many heard the boom of a sonic shock, and tsunami waves travelled far and wide.

This programme is now available ON-Demand by visiting the Science in Action Page, it will be available until Thursday the 27th of January. It will also broadcast on Sunday the 23rd of January in Phuket at 9:00 AM on 91.5 FM and 102.5 FM and Online via the Internet radio portals.

Volcanologist Shane Cronin from the University of Auckland in New Zealand is one of only a handful of people to have landed on the tiny islands above the volcano where the eruption took place.

Those islands have now sunk beneath the waves but Shane tells us what he found when he went there and how his findings could inform what happens next.

Stephan Grilli from the School of Ocean Engineering at the University of Rhode Island joins us from Toulon in France where he felt the effects of the shockwave and Tsunami.

He says the force of the shockwave drove those waves worldwide. The oceans have continued to warm, producing continuous record temperature rises for several years now.

That’s the finding of Michael Mann of the University of Pennsylvania and author of The New Climate Wars. He says warming occurred last year despite the presence of global weather patterns which would usually have a cooling effect.

The long-term effects of covid-19 on health are a cause of growing concern even though in many places the virus itself now appears to be taking on a milder form.

Yale University neuroscientist Serena Spudich is particularly concerned with covid’s impact on the brain. She says while the SARS- CoV-2 virus might not be found in brain cells themselves there are neurological impacts.

A few Q and A about Seismic Events

What are some seismic events?

Although earthquakes can be caused by a variety of factors, the most common type is due to rupture in geological faults. They generate large amounts of energy that travels through rock as seismic waves which cause lots of gnawing anxiety for humans living nearby especially if they’re not prepared or equipped with properly designed buildings made stronger against these earth movements!

How many types of seismic events are there?

Seismic events can be divided into three basic types: P-wave, S – waves and surface vibrations. These different classes of motion create differences in how they travel through rock; some may be better suited for certain applications than others depending on their size or energy content.

Every day, we take for granted that the ground beneath our feet will always remain solid. But what if something happened which caused all of you to feel like they’re moving? This scenario is not as far-fetched as you might think! In fact, there are many events throughout history where people have witnessed their world crumble from an earthquake’s shaking hands; these moments were truly shaping palms right up until seconds before tragedy struck.