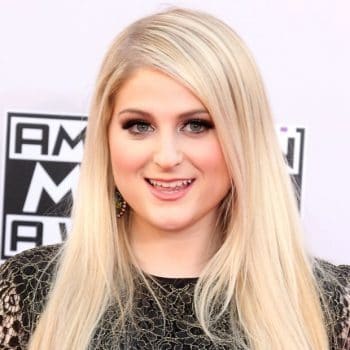 Meghan Trainor – All About That Base

Say hello to Meghan Trainor as we kick off this week’s Big Ones and New Ones with Andy Henly.

Meghan is “All About That base” and this American singer record producer and songwriter was born in Nantucket Massachusetts in December 1993.

Meghan Trainor All About That Bass.

Did you know Kevin Kadish and Meghan Trainor co-wrote “All About That Bass” in 2013?  I bet you didn’t know how many record labels declined to record the song with their artists,  what to do?

Record the song yourself!!!

Exactly what Meghan Trainor did and played it to L.A Reid chairman at Epic Records, Meghan performed the song on a ukulele.

Named the “Breakthrough Artist of the Year” by the Music Business Association in 2014.  Other achievements included the 21st woman to land her debut single at the top of the Billboard Hot 100. Being only the fifth female artist to follow up her chart-topping debut single with another top 5 release.

In 2015 the Billboard Year-End charts listed Meghan seventh on Top Artists and second on Top Female Artists. The rest is history.

Meghan is a regular in the UK Charts and currently on tour with her show The Untouchable Tour.

Meghan Trainor, All about the Base, David Grant and Jaki Graham, Barry Gibb, In the Now, Bee Gees, How Deep Is Your Love. Roxette Joyride

Stay tuned as Roxette plays Joyride in the first hour of this week’s show.

All this followed by GreenDay, Revolution, Lady GaGa, Perfect Illusion, Justin Timberlake, Mirrors, Spandau Ballet, Round and Round, Leann Rimes, How to kiss a boy, Peter Gabriel, The Veil and Aerosmith, I Don’t Wanna Miss a thing. What an awesome first hour.

Can you guess the year?

Zoe, Sunshine on a Rainy Day, Erasure, Love to Hate you, Right Said Fred, I’m too Sexy, Simply Red, Something Got Me Started, Bryan Adams, Everything I Do (I Do it for You)

Did you get it without using Google? Melanie C, Anymore LINK

Big Ones and New Ones is produced and hosted by Andy Henly and broadcasts every Saturday at noon throughout Phuket on 91.5 and 102.5FM and is available online on your desktop or any mobile device, why not download the FREE apps.

Don’t forget Top of the Pops every Saturday and Sunday with latest hits from the likes of Mark Ronson and SuperM along with Camila Cabello.