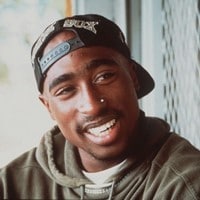 The 2017 Rock and Roll Hall of Fame Nominees have been officially released. Can you guess who made the cut?

The Rock and Roll Hall of Fame and Museum was established in 1983 in Cleveland, Ohio. The museum brings prestige, recognition and archives the achievements of some of the most influential musicians in the development of rock and roll.

Five slots have been opened and nineteen artists have their eye on the prize! Of these, nine are first time nominees.

Ace Showbiz recently reported that Janet Jackson and late rapper Tupac Shakur have been listed as two of the nominees.

“The nominees for Rock and Roll Hall of Fame class of 2017 also include Chaka Khan, Depeche Mode, Journey, Jane’s Addiction and Pearl Jam.”

The 2017 Rock and Roll Hall of Fame induction will take place in New York City in April 2017. According to Ace Showbiz, the list of nominees is the most diverse ballot in history.

President and CEO of the Rock & Roll Hall of Fame Foundation Joel Peresman said “…you love to see the passion people have for their favorite act – ‘How come this one isn’t nominated or that one?’ That passion fuels the process.” – Ace Showbiz

Some of the most prominent inductees in the Rock and Roll Hall of Fame include; Eric Clapton, who is the only artist to have been inducted three times both as a solo act and as part of two bands. Other artists include Neil Young, Rod Stewart, David

Crosby, The Hollies and The Beatles, to name just a few.

Artists only become eligible for the Hall of Fame after 25 years of releasing their first record. A committee will select suitable candidates and ballots are sent to experts to vote on who should be inducted.

For the very first time in 2017, the inductees will be awarded at an annual ceremony in both New York and Cleveland.

Get more on the latest celebrity gossip or see what’s been happening locally in and around Phuket.