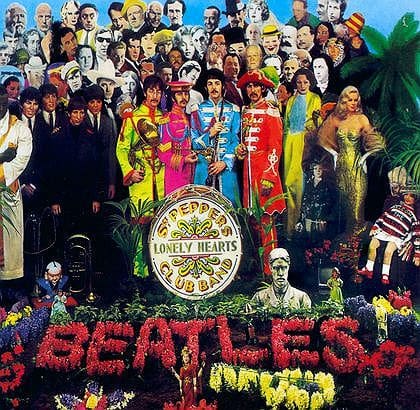 Phuket Island Radio is celebrating so don’t forget to tune into Top of the Pops Saturday at 3 pm and Sunday at 4 pm for more.

Also in this week’s show host, Kim Robson speaks to British indie band The Charlatans who are back with their 13th studio album.

We have music from the latest albums from Elkie Brooks, German electro pioneers Kraftwerk and the debut from the hotly tipped British band The Amazons, plus new hit songs from Little Mix and Rita Ora.

We also hear from Giles Martin, son of the legendary producer George Martin, who is responsible for a brand new remix of The Beatles classic album Sgt Peppers Lonely Hearts Club Band which this year is celebrating its 50th anniversary. Released in the United Kingdom on 26 May 1967  and 2 June 1967 in the United States, it was an immediate commercial and critical success, spending 27 weeks at the top of the UK albums chart and 15 weeks at number one in the US.

On release, the album was lauded by the vast majority of critics for its innovations in music production, songwriting and graphic design, for bridging a cultural divide between popular music and legitimate art, and for providing a musical representation of its generation and the contemporary counterculture. The Beatles classic album Sgt Peppers Lonely Hearts Club Band won four Grammy Awards in 1968, including Album of the Year, the first rock LP to receive this honour.

This week we find out if Luis Fonsi can extend his run at the top of the charts to 4 weeks as we hear all the high new entries and the Top 5 best-selling songs in the UK. Plus we take a look at who is topping the charts in Hong Kong.

Top of the Pops is presented by Kim Robson and broadcast throughout Phuket on 91.5 and 102.5 FM and is available online, Live via satellite at 3 pm Saturday and a re-run on Sunday afternoon at 4 pm.