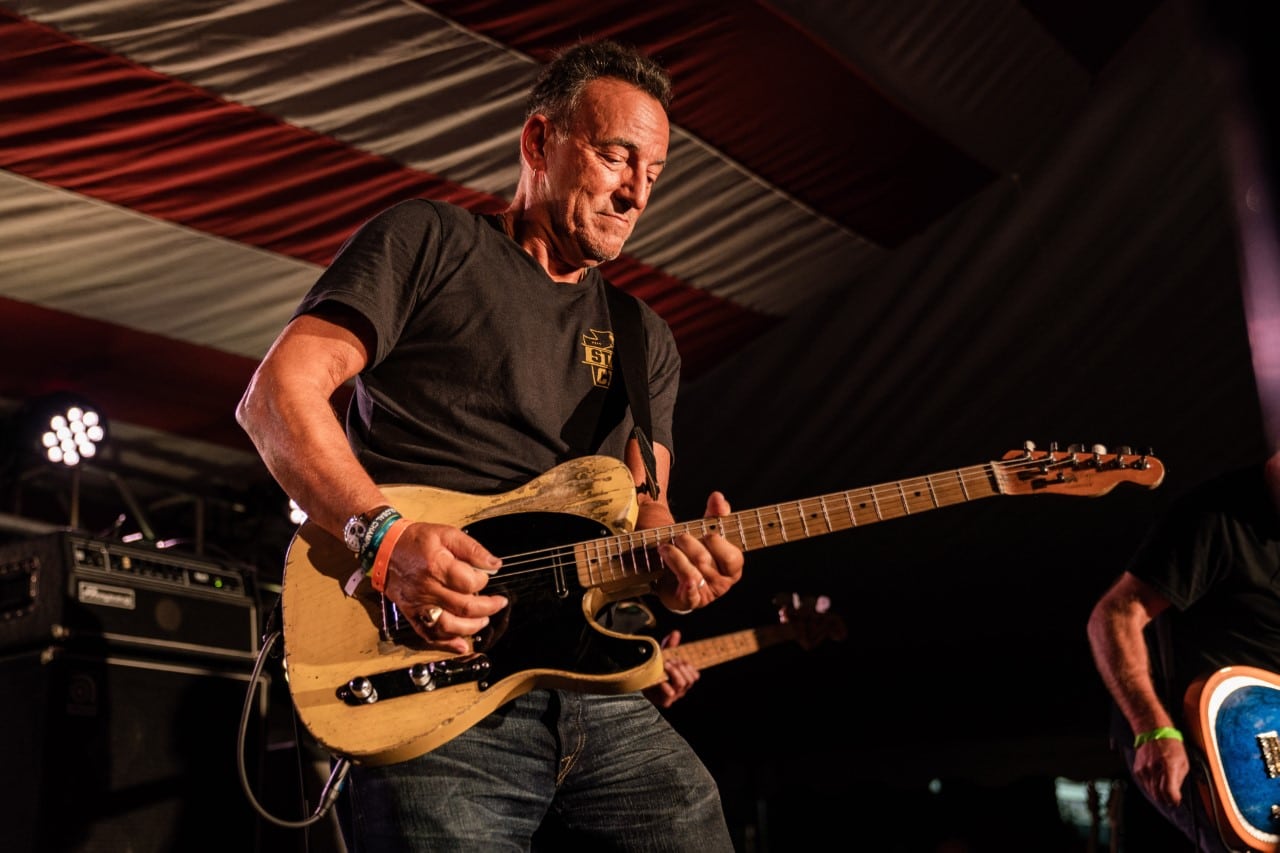 Bruce Springsteens Surprise Light of Day made a surprise live appearance Saturday. This was at the opening of a new exhibit honouring the rocker in his New Jersey hometown.

The career-spanning “Springsteen: His Hometown” exhibit in Freehold, New Jersey held its opening night gala. Which, featured performances by Bobby Bandiera and Joe Grushecky and the Houserockers.

During the latter band’s set, Springsteen – who attended the gala hosted by Monmouth County Historical Association – came onstage to perform his 1988 song “Light of Day.”

“I’ve got my family in the city, but I wanted to just come down and thank everybody for supporting the Historical Association. It’s nice to be honoured in my hometown.” Everyone was very happy with Bruce Springsteens Surprise Light of Day

His Hometown features 150 pieces, including 20 donated by Springsteen as well as a mailbox where people can leave Springsteen fan mail.

The exhibit opened to the general public Sunday and will remain at the Historical Association until the fall of 2020.

A cameo during a Southside Johnny show and the upcoming Stand Up for Heroes benefit on November 4th.

Bruce offered new insight into his relationships with his father and children during an interview with “CBS This Morning” co-host Gayle King.

Springsteen told King his complicated relationships with his father influenced how he raised his own kids.

If you are  Bruce Springsteen fan this is a Must Watch HERE.