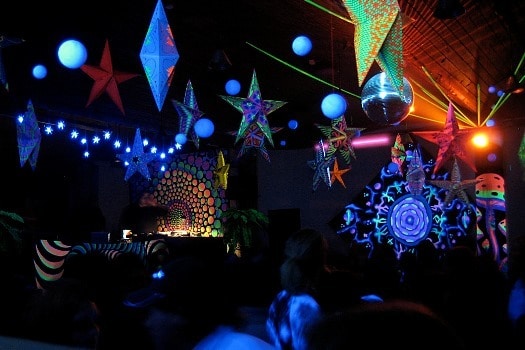 Electronic Dance Music in Goa and there’s no doubt Goa is a beautiful state that needs no introduction.

Its beautiful beaches, delicious food and beautiful scenery attracts visitors from all over the World. The season for foreign tourists in Goa begins around the second week of October and continues until mid-March.

This is a beautiful season with pleasant weather and occasional showers.

Just like Phuket in Thailand a lot of tourists flock to this beach paradise. Mainly we think to escape the cold winters in their own countries normally Northern Europe.

Other than the beaches, Goa is also a major destination for music lovers. There are a lot of musicians both Goan and non-Goan that play music in restaurants and the various markets and fairs. These musicians play a mix of pop, rock, jazz and blues and a whole host of other genres.

But apart from these genres, Goa is also a paradise for lovers of the Electronic dance music (EDM) movement.

Electronic music is so popular in Goa, each state has its own brand of trance, Goa trance and Psy trance called Ecstasy. Which is a kind of power off dance music, characterised by a rate between 120 and 145 beats per minute. Thereby, repeating melodic synthesiser phrases short, and a musical form that builds up and breaks down a road.

One of the founders of the Goa trance movement is Goa Gil an American-born musician who has been a part of the music scene in Goa since the 80’s.

It was during the 80’s that a lot of hippies that travelled through Goa became interested in electronic dance music that used to play on the beaches of Goa all night long.

The mix of outdoor electronic dance parties with Eastern mystical and spiritual overtones came to define the aesthetic of the psytrance movement.

Apart from Psy trance, there are a lot of other forms of electronic dance music that are popular at the parties in Goa. There are a lot of festivals dedicated to EDM that attract people from all over the world. Sunburn is one such annual festival that is held for three days in the last week of December. The festival was first held in 2007. Read more on the plans to cancels this year’s event.

Let us hope that the cancellation will not go ahead, hopefully, it will. This year the organisers of the 3-day festival have planned a lot more. They have teamed up with a 3D virtual world to give away passes for the festival through contests and other such promotions through the virtual world.

Check out our weekly EDM shows with Eddie Halliwell, Carl Cox and Adam Beyer to name just a few.