Leonard Cohen dies at age 82 and leaves behind a legacy as Canada’s cultural icon. The highly influential singer, songwriter, novelist, and poet made a huge contribution to the world of music and literature throughout his career. A career that has spanned 6 decades.

The singer’s death was confirmed by his label, Sony Music Canada, on the morning of his death on the 11th of November 2016. 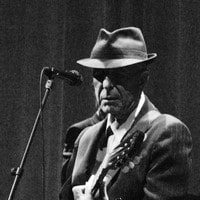 “It is with profound sorrow we report that legendary poet, songwriter and artist,
Leonard Cohen has passed away. We have lost one of music’s most revered and prolific visionaries.
A memorial will take place in Los Angeles at a later date. The family requests privacy during their time of grief.”

The prolific musician had just released his 14th album, You Want it Darker, in October 2016. The album featured in the Top 10 in the US and reached number 4 in the UK album charts. This was Cohen’s 5th top 10 album in the UK. Moreover, Cohen’s recent album release brought much critical acclaim for the artist. You Want it Darker is now the artist’s final musical contribution.

Leonard Cohen’s artistic career came into prominence in the 1960s. Starting out in the early ’60s as a writer, Cohen shifted to music towards the end of the decade. His first album, Songs of Leonard Cohen, was released in 1967. The album became a cult hit and launched a musical journey that lasted 6 decades.

Cohen’s most well-known song, Hallelujah, was covered and performed by over 300 singers in different languages. The song gained massive global popularity when Jeff Buckley covered and released it. According to Wikipedia, statistics show that the song sold more than 5 million copies in CD format by 2008. Originally, Cohen wrote 80 verses of the song, and various interpretations can be heard around the world.

Cohen’s fans and music critics saw him as a craftsman, a true artist of words and melody. His haunting tunes and poetic lyrics have ensured his enduring musical success and won him comparison to other incredible artists like Bob Dylan and Paul Simon. Fans, musicians, and admirers have flooded social media to pay their respects and share their favourite Leonard Cohen songs and memories to mourn his loss.