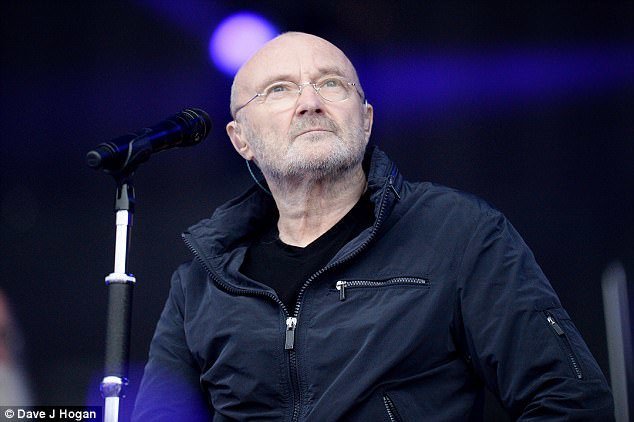 Phil Collins reversed retirement plans due to ‘missing’ fans too much

Collins returned to performing live as he missed his fans too much.

The English musician performed an energetic headline set at the annual Barclaycard presents British Summer Time Hyde Park in London on Friday night (30Jun17), singing hits like In the Air Tonight, Easy Lover and Another Day in Paradise.

In front of 65,000 people in Hyde Park, the much-loved superstar hobbled on stage with a walking stick and plonked himself down on what looked suspiciously like an ergonomic office chair, next to a small square functional table. Bald, bespectacled, unkempt and unshaven, he looked less like a pop legend than a weary old nightwatchman settling in for a quiet shift with his Thermos and crossword.

Talking to the audience at the start of the gig, Phil explained why he was back on stage after previously declaring he’d retired from music.

“I do understand that I said I wasn’t going to do this anymore. The truth is that I missed you. So, let’s have some fun,”

he told the cheering crowd.

Phil Collins announced the end of his retirement in October (16) and embarked on his Not Dead Yet Tour at the start of June (17). However, he was forced to pull out of dates at London’s Royal Albert Hall after he slipped over in the middle of the night and knocked his head.

While the star remained seated for Friday’s sold-out show, Phil made sure to introduce his band during the gig, including his 16-year-old son Nicholas, who played the drums.

Earlier on Friday, Phil was honoured at the O2 Silver Clef Awards, receiving an Innovation Award in celebration of his 36 years in music. The event raises money for the Nordoff Robbins charity, an organisation that helps vulnerable children and adults through music.

The 66-year-old took to the stage at London’s Grosvenor House Hotel and thanked organisers for his prize.

“Thank you very much for giving me this award. The work that Nordoff Robbins do is quite staggering and it’s lovely to get in and reach the people who need to be reached,”

“So, it’s a wonderful story really, going from strength to strength.”

Earlier on Friday Adele had to disappoint fans and cancel her last two London shows, full story here. Stay up to date with all the International music

Stay up to date with all the International music news and gossip with Phuket Island Radio on 91.5 & 1025 FM and online with desktop and mobile apps.