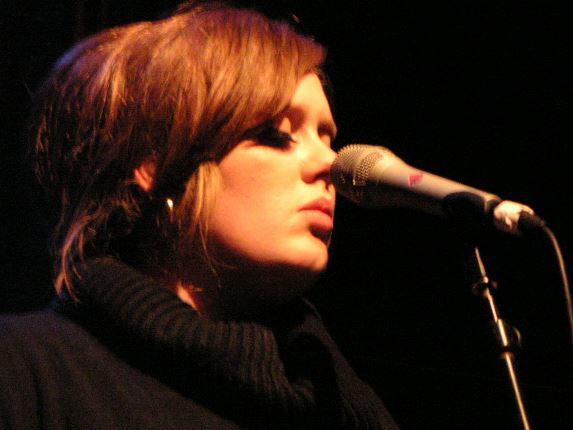 Adele has canceled the final two nights of her world tour due to voice troubles.

The British songstress has been forced to pull out of her planned dates at London’s Wembley Stadium on Saturday and Sunday (01-02Jul17) after damaging her vocal cords.

The London-born singer wrote a note on Twitter in the early hours of Saturday morning and told fans she was “devastated” by the situation.

“I don’t even know how to start this,”

“The last two nights at Wembley have been the biggest and best shows of my life. To come home to such a response after so long away doing something I never thought I could pull off but did has blown me away”.

“However, I’ve struggled vocally both nights. I had to push a lot harder than I normally do. I felt like I constantly had to clear my throat, especially last night. I went to see my throat doctor this evening because my voice didn’t open up at all today and it turns out I have damaged my vocal cords. And on medical advice, I simply am unable to perform over the weekend.”

The 29-year-old Hello hitmaker has been touring since February 2016. She managed to perform two of the four planned nights at Wembley, which had been well received by fans and critics, before scrapping the remaining dates.

“To say I’m heart broken would be an understatement (sic),”

“I’m already maxed out on steroids and aids for my voice. I’ve considered doing Saturday night’s show but it’s highly unlikely I’d even make it through the set and I simply can’t crumble in front of you all and walk out on you in that way. I’m so desperate to do them that I’ve even considered miming, just to be in front of you and be with you. But I’ve never done it and I cannot in a million years do that to you. It wouldn’t be the real me up there.”

She added that refunds will be available if the shows can’t be rescheduled, and concluded by stating: