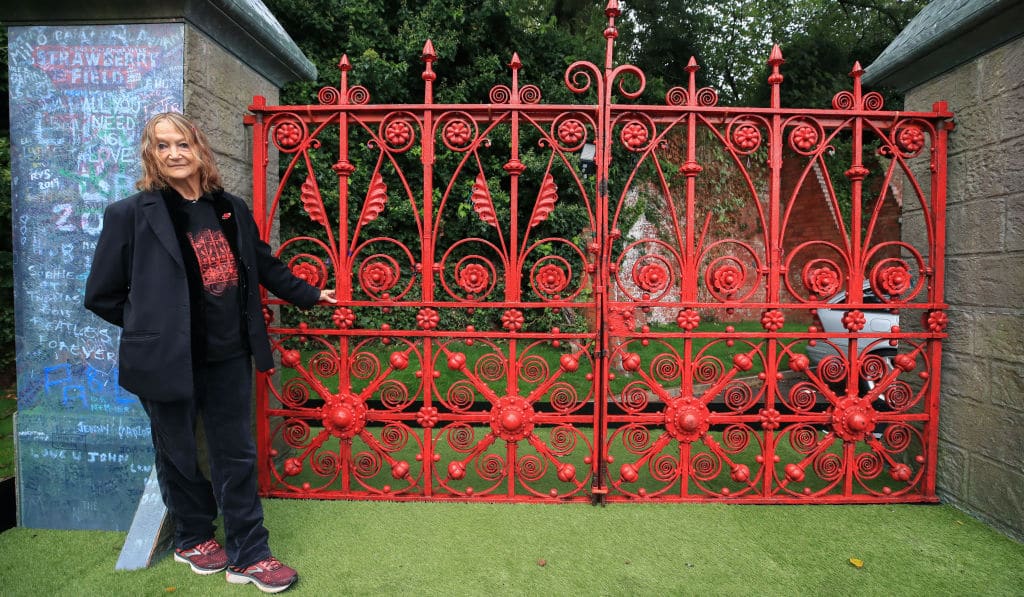 The property – a popular tourist destination for Beatles fans that draws a reported 60,000 people a year. No available and off-limits for decades, with the grounds walled off by a brick perimeter and a red metal gate.

However, starting Saturday the gates would open to the public permanently.  The Salvation Army are converting the on-site building into a visitors’ centre focused on Lennon’s Liverpudlian youth.

Previously shuttered in 2005 after the original children’s home there was demolished in 1973.

Tickets to visit the grounds are available through the Strawberry Field website.

Each visitor will enter into a world where ‘nothing is real’ plunging into the 1860’s era. This where Strawberry Field began as a Victorian house, before it transformed into a safe place where The Salvation Army supported and homed some of Liverpool’s vulnerable youth,

“Visitors can then experience through archival footage, photographs and timelines and our specialist media guides the world where John Lennon played as a child and what happened behind the famous red gates.”

“John Lennon found sanctuary here as a child and that’s exactly what we want to offer by opening the Strawberry Field gates for good,”

“I’ve been really impressed by the Salvation Army’s vision and now there is huge potential to make a real change in the lives of young people who will grow in the precious soil of Strawberry Field.”

Phuket FM Radio will be adding to this great story in the coming days. In the meantime stay tuned and catch all the music news and updates. Ringo Starr joined the Roots and Jimmy Fallon for a new version of the Beatles’ hit “Yellow Submarine.”

Only this time performed with toy instruments. Now that is different, READ MORE HERE.

Did you hear The Smashing Pumpkins playing ‘Knights of Malta’.