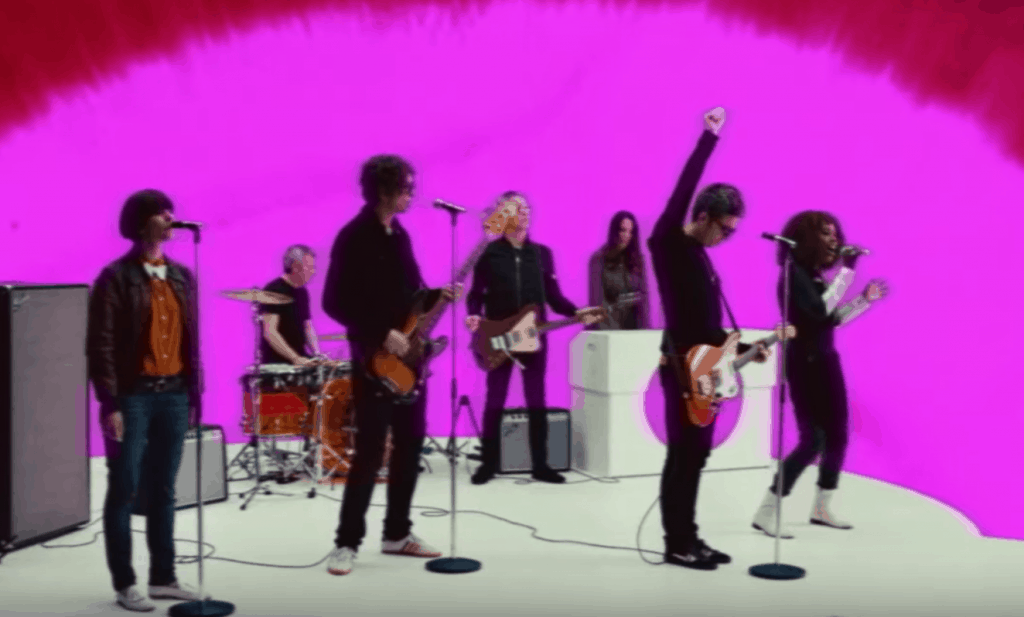 Becoming an American right now can be fraught with tension, but Jimmy Kimmel has an idea for how new citizens can feel more welcome in the USA. The late-night host tapped country singer Brad Paisley for a song that welcomes immigrants by recounting all the amazing opportunities this country has to offer.

“This is a very strange time in a America,” Kimmel tells the audience.

“Our president is building walls and telling people to go back where they came from. With all that happening it’s important to remember that many people still dream of becoming Americans. Every week immigrants from all around the world take the oath of citizenship.”

He notes that since the ceremonies are typically held in boring places like libraries and classrooms, perhaps “becoming an American should be more exciting than a trip to the DMV.”

In honor of this idea Kimmel invited a group of “brand new Americans” to celebrate in style on his stage. This involves an announcer bringing each new citizen out with an introduction in the style of WWE wrestlers. The six guests get into the vibe, dancing as they enter the stage.

“Welcome to this country,”

Kimmel tells them before inviting Paisley out to sing about the opportunities America offers.

The country singer’s tune includes the lyrics, “Congratulations citizens/ We’re happy that you’re here/ Come on in and take a load off/ Grab yourself an ice cold beer.” He adds, “You can exercise your freedom of speech/ eat a sticka’ butter at a county fair/ Wear your Crocs will a pair of socks/ Go to Target in your underwear.”

He concludes the celebration with a few lines from “America” as an eagle mascot flies around the stage.

Kimmel says as confetti shoots out all over the new patriots.

Did you know who is dominating the Spotify and You Tube chart at the moment? Find out HERE

Jimmy Kimmel DID YOU KNOW?

James Christian Kimmel (born November 13, 1967) is an American television host, comedian, writer, and producer. He is the host and executive producer of Jimmy Kimmel Live!, a late-night talk show that premiered on ABC on January 26, 2003, at Hollywood Masonic Temple in Hollywood, California; and on April 1, 2019, at a secondary home, the Zappos Theater on the Las Vegas Strip. Kimmel hosted the Primetime Emmy Awards in 2012 and 2016 and the Academy Awards in 2017 and 2018.

Before hosting Jimmy Kimmel Live!, he was known as the co-host of Comedy Central’s The Man Show and Win Ben Stein’s Money.

Well now you do and credit to Wikipedia for the information.

What you may not know is that Steve Aoki, DJ-producer, surfer and is now an Author. Read more on the Steve Aoki story.