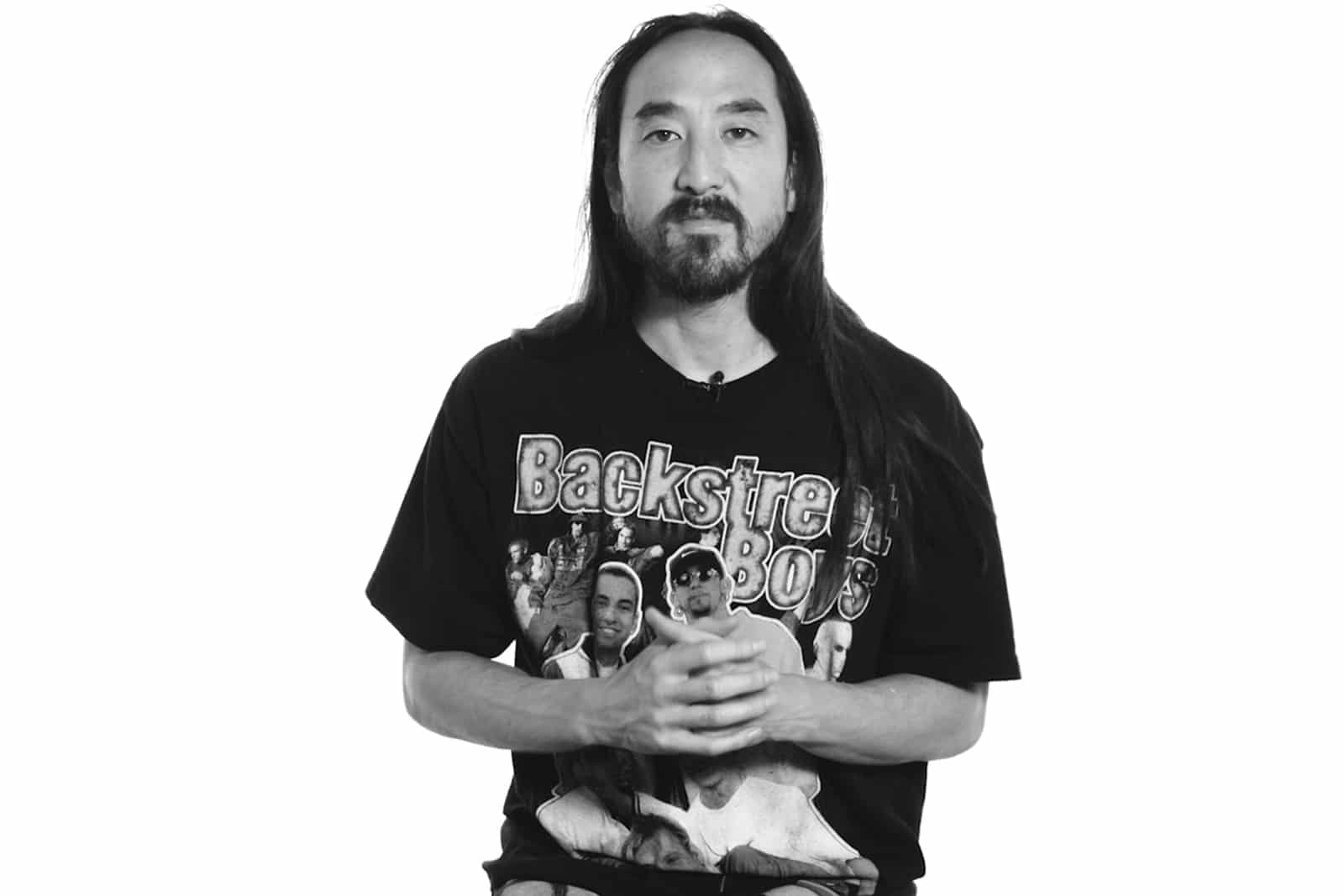 One thing you need to know about Steve Aoki, it’s that the guy is prolific as hell.

Rumoured to be worth over $30M to $75M dependant where you read it, hoever Steve is definitely a rising star in 2019.

But this year, the 41-year-old polymath leans into another occupation: he’s now a published author.

This month also saw the release of “Let It Be Me,” his joint pop-EDM single with the Backstreet Boys

Steve Aoki and the Backstreet Boys

“We were all on a flight from Vegas to L.A. We landed and I was waiting for my bags [when] they approached me. I was like, ‘Oh damn, it’s the Backstreet Boys!’ I couldn’t believe how nice they were.”

In celebration of his latest endeavours, Aoki rocked a classic BSB shirt and spoke to Rolling Stone about some of the firsts he chronicled in his book: from his first punk show at 14, to the first of his many sold-out concerts and festivals.

On his first live show: “Before I was in a DJ, I was in bands,” says Aoki. “My first live show was in the guitarist’s living room — it was four of our friends, and their parents in the back. I taught them the lyrics to one song, so they could sing along with me when the song came out.”

On the first song he ever wrote: “I actually played guitar, I played bass, I played drums and I sang on a 4-track Tascam recorder. Without that, I wouldn’t have broken down the barrier of entry for me to try to create my own future.”

On taking his first women’s studies class: Aoki graduated from the University of California, Santa Barbara with B.A. degrees in sociology and feminist studies. “The first course I took was a feminist professor teaching the history and social critique of pornography,” he says. “It was the gateway drug for me to take more courses.”

“Fugazi was performing at the Shrine,”

“Fugazi is one of my favorite bands of all time; it was an incredible show. I was waiting on the side where the band would walk off the stage. Joe [Lally] the bassist walked by and reached for me. He reached out, almost touched my hand… and like a puff of smoke, he was gone.”

On his first sold-out concert: “It was at the Palladium in Los Angeles in 2011. That was a big year for me; I remember doing the Identity festival tour across the United States, and that’s when EDM exploded in America. That’s when I could start doing my own show.

You Can read more about our HUGE line up of International DJ’s HERE including one of the biggest Armin van Buuren.

The full line up of Dance Music shows, times and also now most are available On-Demand.

You can read more about Steve Aoki “Inside The Winning, Spinning World Of Steve Aoki, Music’s $30 Million DJ” HERE

Did you know Strawberry Field, the Salvation Army children’s home in Liverpool near John Lennon’s childhood opens to the public.