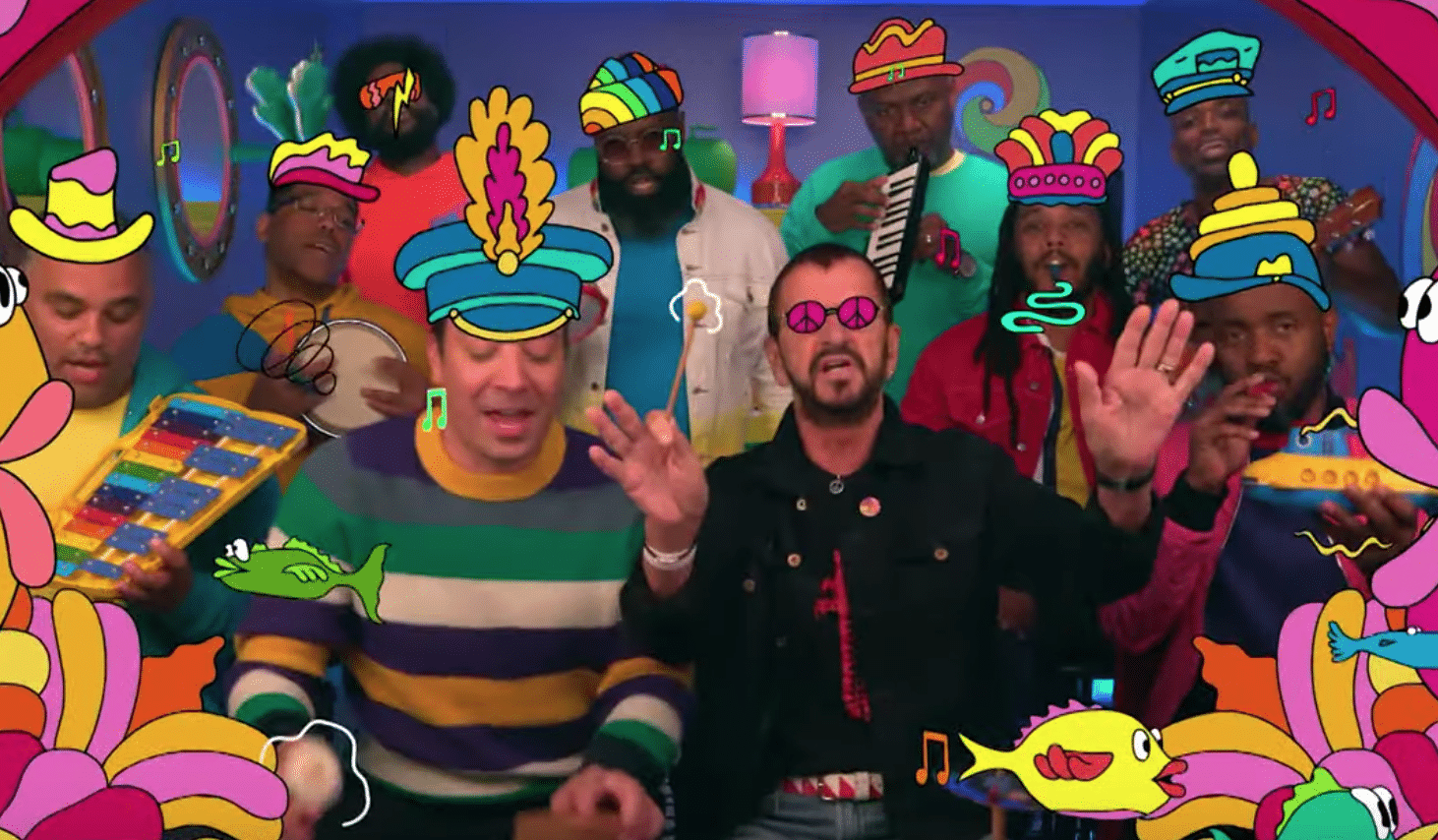 Ringo Starr joined the Roots and Jimmy Fallon for a new version of the Beatles’ hit “Yellow Submarine.”

Only this time performed with toy instruments. Now that is different.

In a set decorated like the animated submarine from the Beatles’ film (and with animation added to the video), the group offered up a quirky rendition of the tune using instruments like kazoos, xylophones and shakers.

In the clip, Starr takes on the main vocals while he plays a small toy drum set and Fallon plays a Casio keyboard, a woodblock and honks on a kazoo.

The segment includes new animation of Fallon and Starr riding off together on a pair of colourful fish and the group being overtaken with sea life inside their submarine.

Starr is prepping to release a new album, What’s My Name, which is out October 25th via UMe.

Earlier this month he dropped a rendition of John Lennon’s “Grow Old With Me” featuring former bandmate Paul McCartney.

“I sang it the best that I could,” Starr noted in a statement.

“I do well up when I think of John this deeply. And I’ve done my best. We’ve done our best. The other good thing is that I really wanted Paul to play on it, and he said yes. Paul came over and he played bass and sings a little bit on this with me. So John’s on it in a way. I’m on it and Paul’s on it.”

Did you see Strawberry Field, the Salvation Army children’s home in Liverpool near John Lennon’s childhood is now open to the public?

The home that inspired the Beatles 1967 classic song Strawberry Field forever. The FULL Story is here

Ginger Baker, great drummer, a wild and lovely guy. We worked together on the ‘Band on the Run’ album in his ARC Studio, Lagos, Nigeria. Sad to hear that he died but the memories never will.  The full tribute is HERE