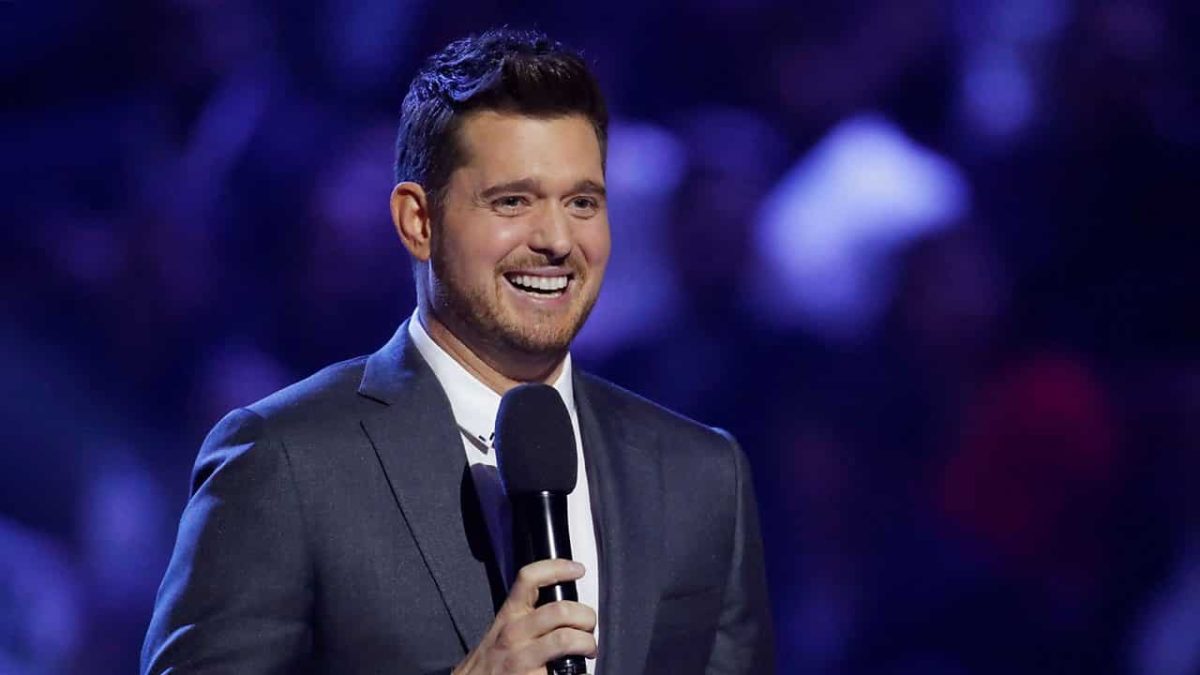 Look who has a new album, Michael Bublé is back with a brand new album mixing original songs and covers, he will be telling us all about it.

Michael Steven Bublé was born on September 9, 1975 and is a Canadian singer. His first album reached the top ten in Canada and the United Kingdom. He is regarded as the “King of Christmas” and found a worldwide audience with his 2005 album It’s Time and his 2007 album Call Me Irresponsible – which reached number one on the Canadian Albums Chart, the UK Albums Chart, the US Billboard 200, the Australian ARIA Albums Chart and several European charts. Wikipedia has a lot more on Michael.

Also, in the album chart, we welcome the latest from Red Hot Chili Peppers who have just returned with their 12th to date, plus there is music from the debut of UK rapper French the Kid.

In the singles chart, we will find out if Dave can hang on for a fifth week at the top with his song Starlight and fight off stiff competition from the return of Harry Styles.

Michael Buble on Top of the Pops.

You can catch Michael on Top of the Pops on Saturday at 3 PM Saturday 9th April with a live BBC Broadcast from London, with a re-run on Sunday the 10th April at 4 PM (all times are Thailand). The show is available all week on Demand if you want to catch up. Just head over to The Top of the Pops show page and listen.

This programme is available NOW OnDemand at the Top of the pops Page and is available now until Friday the 15th of April. It will also be broadcast on Saturday the 9th of April at 3 PM and again on Sunday the 10th of April at 4 PM in Phuket on 91.5 FM and 102.5 FM and Online via the Internet radio portals.

More from the BBC In London