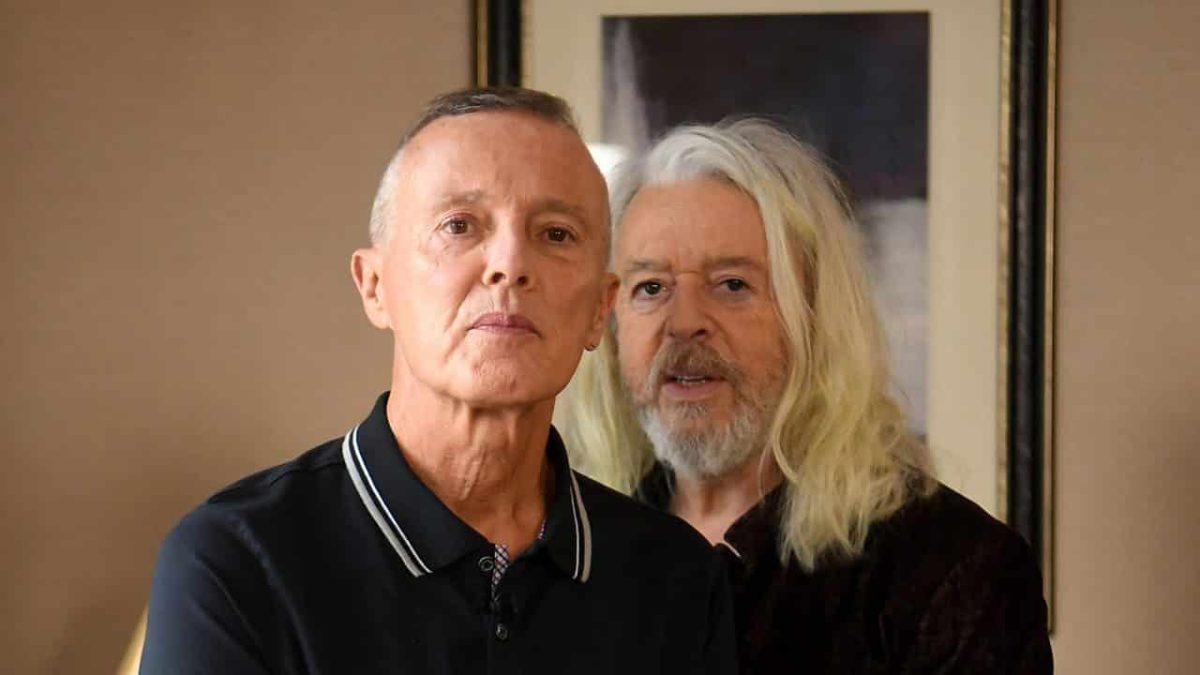 Tears for Fears were one of the biggest artists of the 1980s.

They are back with their first new album in 18 years entitled The Tipping Point.

Plus Johnny Marr who first found success with the legendary Manchester band The Smiths has just returned with a brand new album.

Also, there is new music from Avril Lavigne, Gang of Youths, Becky Hill and Central Cee.

BBC Top of the Pops is presented by Kim Robson Producer: Alan Rowett

Tears for Fears are an English pop rock band formed in Bath, England, in 1981 by Roland Orzabal and Curt Smith. Founded after the dissolution of their first band, the mod-influenced Graduate, Tears for Fears were associated with the new wave synthesizer bands of the early 1980s and attained international chart success. Tears for Fears were part of the MTV-driven Second British Invasion of the US.

On 12 June 2021, Tears for Fears released the live double album Live at Massey Hall (recorded in 1985) for Record Store Day and in September, Orzabal and Smith were honoured at the Ivor Novello Awards, celebrating their forty years in music.

On 7 October 2021, Smith appeared on the BBC Radio 2 programme The Zoe Ball Breakfast Show to introduce the band’s single “The Tipping Point“, the first track from their seventh album, The Tipping Point, released on Concord Records on 25 February 2022.

In November 2021, the band announced a summer tour of the US and UK to commence in May 2022. Two further singles, “No Small Thing” and “Break The Man”, were released before the album (respectively in early December 2021 and mid-January 2022). The Tipping Point received largely positive reviews from critics and entered the UK Charts at number 2, giving the band their sixth UK Top 5 album and their highest chart peak in 30 years; it also reached the Top 10 in several other countries and the number 1 in Scotland.