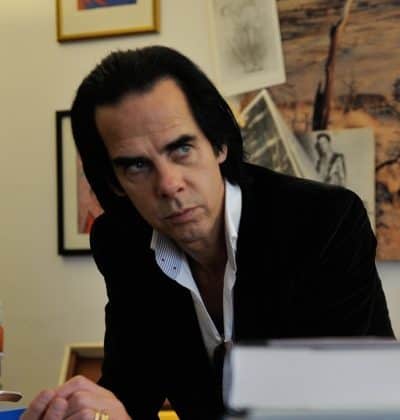 Nick Cave and the Bad Seeds are an Australian alternative rock band that was formed in Melbourne in 1983 by lead singer Nick Cave, multi-instrumentalist Mick Harvey, and guitarist Blixa Bargeld.

Nick Cave and the Bad Seeds

They found Nick Cave and the Bad Seeds after the demise of Cave and Harvey’s former group the Birthday Party.

The band has progressively incorporated other songwriting elements; for example, the 2008 release Dig, Lazarus, Dig!!! experimented with garage rock. Also an influence of the side project Grinderman. Synthesizers and minimal guitar work feature prominently on Push the Sky Away (2013), recorded after the departure of Harvey in 2009.

It has shaped up to be somewhat of a landmark week when it comes to new albums. Jack White released a compilation of acoustic recordings he made between 1998 and 2016. Allah-Las debuted their new album Calico Review. Sidewalk tags reminding Angelenos that The Head and the Heart would be releasing Signs of Light have been around for awhile now, and finally release day has come.

Indie stalwarts Local Natives unveiled their newest material on Sunlit Youth. Okkervil River has been dropping songs and videos for Away for some time now and today the record saw its release. The youthfully energetic Sunflower Bean released a new EP, From the Basement, and we caught up them to discuss their most recent LP Human Ceremony. And that was only the beginning for a week filled with sensational new albums.

Here are our favorites:

A.I.M. may be M.I.A.’s final album, and with how impressive the record is, it’s clear that she will be missed. All we know about M.I.A.’s future is we hope she keeps producing records.

The word masterpiece gets thrown around too often these days, but it has become almost synonymous with Nick Cave and the Bad Seeds records. Nonetheless, Skeleton Key is something special on its own, full of love and devastation.

D.A.R.K. unveiled their new record today, and we caught up the the ex-Smiths bassist Andy Rourke to discuss Science Agrees.

We weren’t really sure what to expect from Wilco’s new record. It’s been awhile since Yankee Hotel Foxtrot, but Schmilco is a return to form. It’s mostly acoustic and filled with shining memories. It may not be better than some of its predecessors, but it’s certainly worth the listen.

Buy Nick Cave and the Bad Seeds music on iTunes

Follow all the latest releases and artists EDM news here every week. You are free to download our mobile apps.