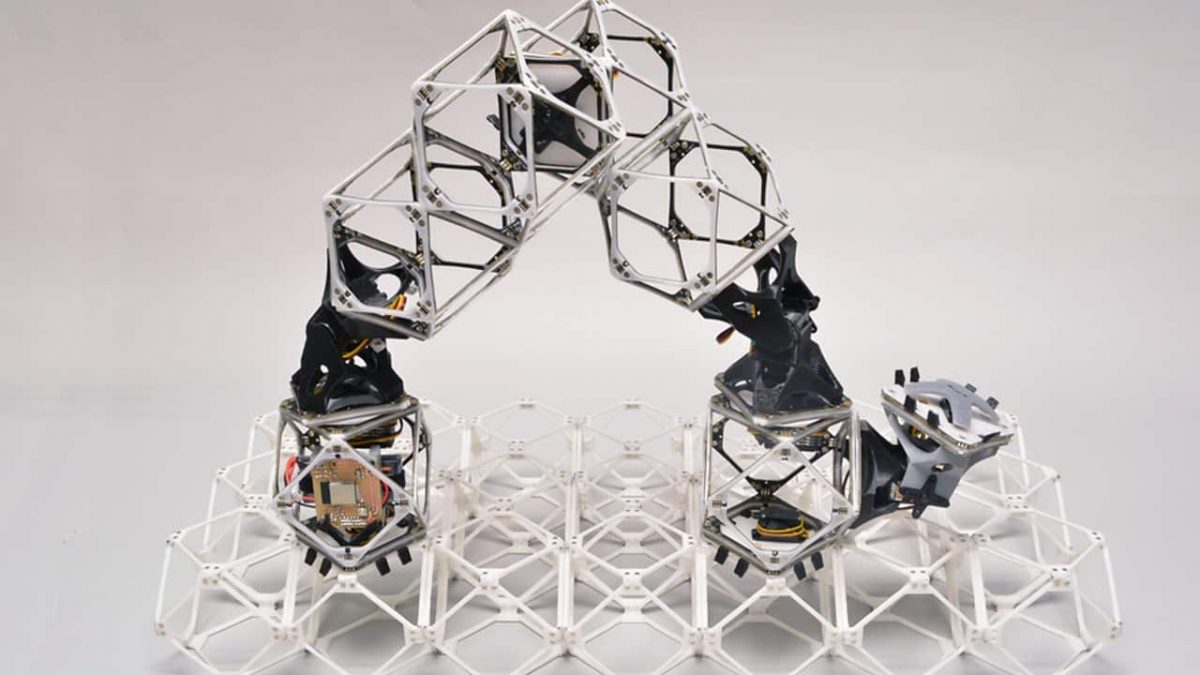 Researchers at MIT have made significant steps toward creating robots that could practically and economically assemble nearly anything, including things much larger than themselves, from vehicles to buildings to larger robots.

This programme is available NOW On Demand on the Digital Planet Page and is available now until Wednesday the 7th of December. It will also be broadcast on Sunday the 4th of December in Phuket on 91.5 FM and 102.5 FM and Online via the Internet radio portals.

Many objects could be built from tiny identical lightweight pieces e.g. an airplane wing or a racing car, and this latest work is a big step towards a fully autonomous self-replicating robot assembly system.

Two of the authors are Professor Neil Gershenfeld, Director of the Centre for Bits and Atoms, and doctoral student Amira Abdel-Rahman, they explain how these robots self-assemble.

War of words on Wikipedia.

We’ve reported on the disinformation on the War in Ukraine on Twitter and Facebook, now reporter Shiroma Silva looks at what’s happening on Wikipedia.

From paid editing, harassment of editors, and using multiple online identities to push certain messages, Wikipedia entries are being pushed towards a pro-Kremlin stance. It’s not the first time that these coordinated activities have happened.

Last year the Wikimedia Foundation banned seven editors linked to a mainland China group for editing articles with the objective of promoting “the aims of China”, potentially threatening the very foundations of Wikipedia. Can AI predict suicide risk? Predicting if someone is at risk of suicide is incredibly difficult and increasingly researchers are attempting to train AI to be able to do this.

However, with data bias and complex medical histories of patients, the AI being developed are not yet reliable. Even if accurate machine learning can be created, will there be services in place for those patients identified as being at high risk of suicide?

Much needs to be considered before this type of diagnosis is used in patient care. Joseph Early from Southampton University and Karen Kusuma from the Black Dog Institute at the University of South Wales in Australia explain more.

Sundays on the BBC in Phuket