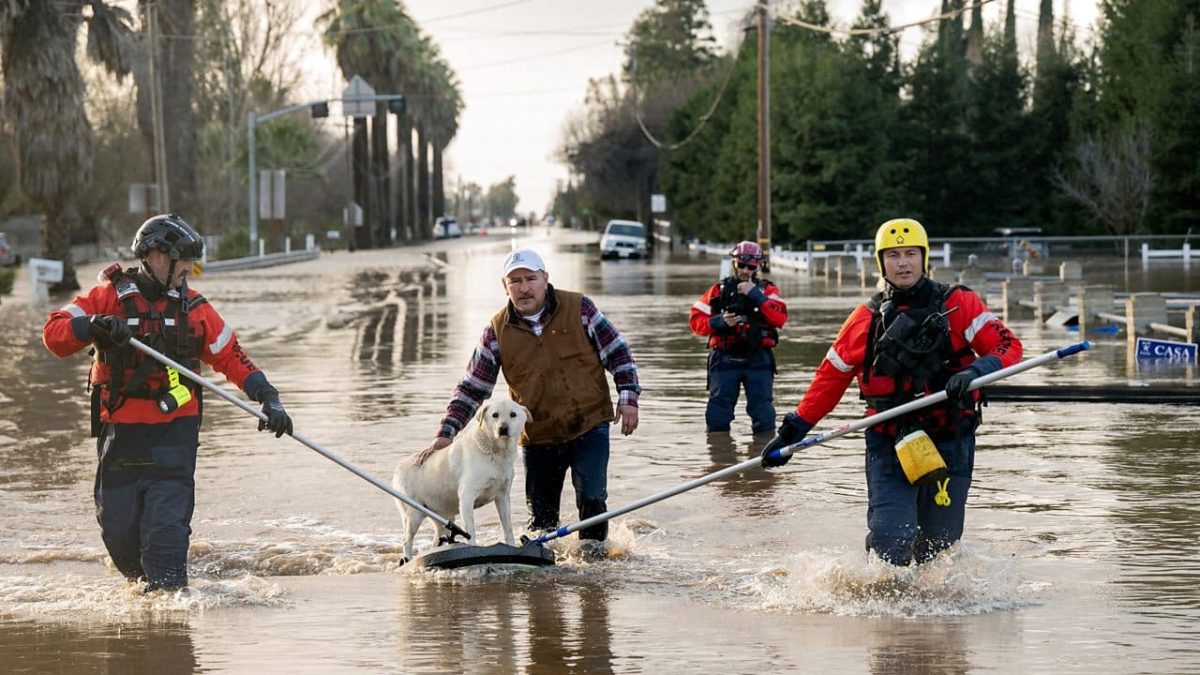 The California floods and warnings in parts of California have seen some of the state’s best-known celebrities flee their homes.

Did you know this program is available ON-Demand by visiting the Science in Action Page, it will be available until Thursday the 19th of January. It will also be broadcast on Sunday the 15th of January in Phuket at 9:00 AM on 91.5 FM and 102.5 FM and Online via the Internet radio portals. EDUtainament from Phuket FM Radio and our broadcast partner the BBC

The current weather conditions are in part the result of ‘Atmospheric rivers’ – literally fast-flowing rivers of water vapour in the atmosphere.

Atmospheric rivers and the California floods

Marty Ralph from the Scripps Institute has been studying this phenomenon for years, he explains what atmospheric rivers are, and tells us how a greater understanding of the phenomenon is now informing weather forecasting and evacuation plans.

Ukrainian science facilities after the war

Over the past year several million people have fled Ukraine, amongst them many scientists. Nataliya Shulga from the Ukraine Science Club is working on a wide-ranging initiative to attract them back.

She tells us of plans not just to reconstruct Ukrainian science facilities after the war, but to offer a philosophical change which breaks with the Soviet past – a more global, collaborative environment for scientists returning to Ukraine.

Last December the Afghan Taliban banned women from attending university, it’s just one of the many moves denying education to women since the Taliban returned to power.

Particle physicist Kate Shaw had been working with Afghan physicists in the years before the Taliban’s comeback, she is now developing an initiative with scientists and institutions around the world to offer places to Afghan women keen to study physics.

She says institutions and individuals who may be able to help should contact Physics without Frontiers at the International Centre for Theoretical Physics.

And Gibbons sing with synchronicity, a new study led by Teresa Raimondi, from the University of Turin shows the ability of couples to chorus together to be rather human-like.

So much information and EDUtainment every Sunday.