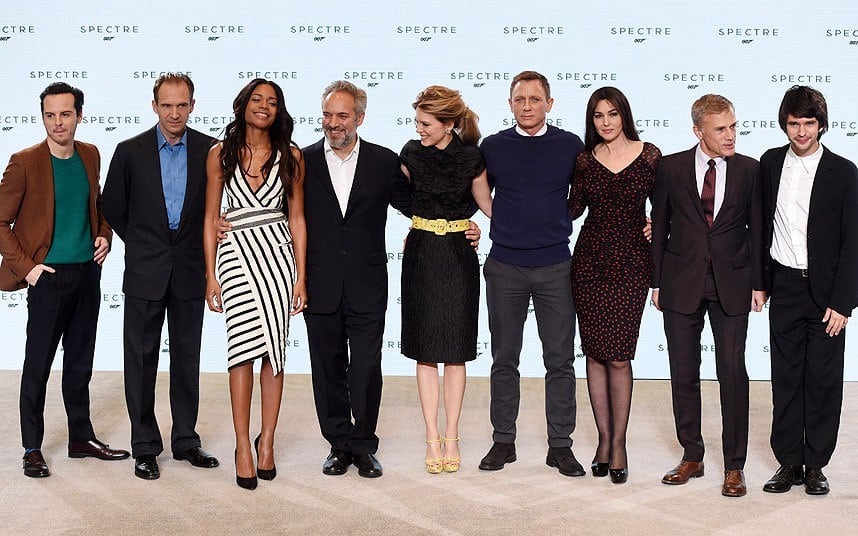 Director Sam Mendes has announced the 24th James Bond movie, which begins filming next week, is to be called Spectre.

Just after 11 am in the chilly and cavernous interior of the 007 stage at Pinewood Studios, director Sam Mendes revealed the next Bond film will be called Spectre – a name that goes back to the very roots of the world’s longest-running film series.

Mendes, who also directed the previous Bond adventure Skyfall, said the new film had “everything you would expect from a Bond movie” with “a little more variety… maybe a little more mischief”.

Filming starts on Monday with a scene involving Daniel Craig’s superspy and Moneypenny (Naomie Harris) in her office. BBC News

James Bond will drive an Aston Martin DB10 in the ‘Spectre’ movie.

Aston Martin will build just 10 of these DB10 coupes to be used in the 2015 Bond film “Spectre.” The model teases what future production Aston Martins will look like

Meanwhile, Mel Gibson is going to be a dad.