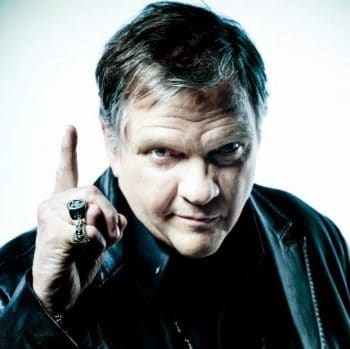 This week Top of the Pops with Meat Loaf – Jim Steinman.

Born Marin Lee Aday in 1947 but usually known as Meat Loaf he is an actor, songwriter, record producer and without a doubt a singer.

Noted for a trilogy of albums, Bat Out of Hell 1, 2 and 3 where the 1st and most successful have sold 43 million copies worldwide, 40 years after it’s release still commands annual sales of around 200,000 copies. Bat Out of Hell is one of the best-selling albums of all time was in the charts for 9 years.

Top of the Pops this week speaks with rock legend Meat Loaf who, for his new album, has teamed back up with songwriter Jim Steinman who penned his classic 1970’s break through album Bat Out Of Hell back in 1977. This after 5 years of writing, producing and then trying to find a record company.

Also on Top of the Pops, we find out how a live concert recording of The Beatles from 1965 has been remixed and remastered for a brand new album from the fab four.

With music from the latest albums by Nick Cave, KT Tunstall and second album by the band Bastille. We also feature the brand new hit songs from Sia, Lady Gaga and James Arthur.

Can Chainsmokers hang on to the top spot for a third week? We play all of the top five best-selling songs in the UK and take a look at who is topping the charts in Malaysia.

Top of the Pops is presented this week by Kim Robson and is available on Saturday afternoon in Phuket Live via satellite from 3PM.

Lady Gaga is also featured this weekend in The Greatest hits of Music on Sunday from 2pm.

Tune into Phuket Island radio on 102.5FM or use one of the FREE mobile apps.

Saturday’s Top of the Pops is re-run on Sunday afternoon at 4pm.