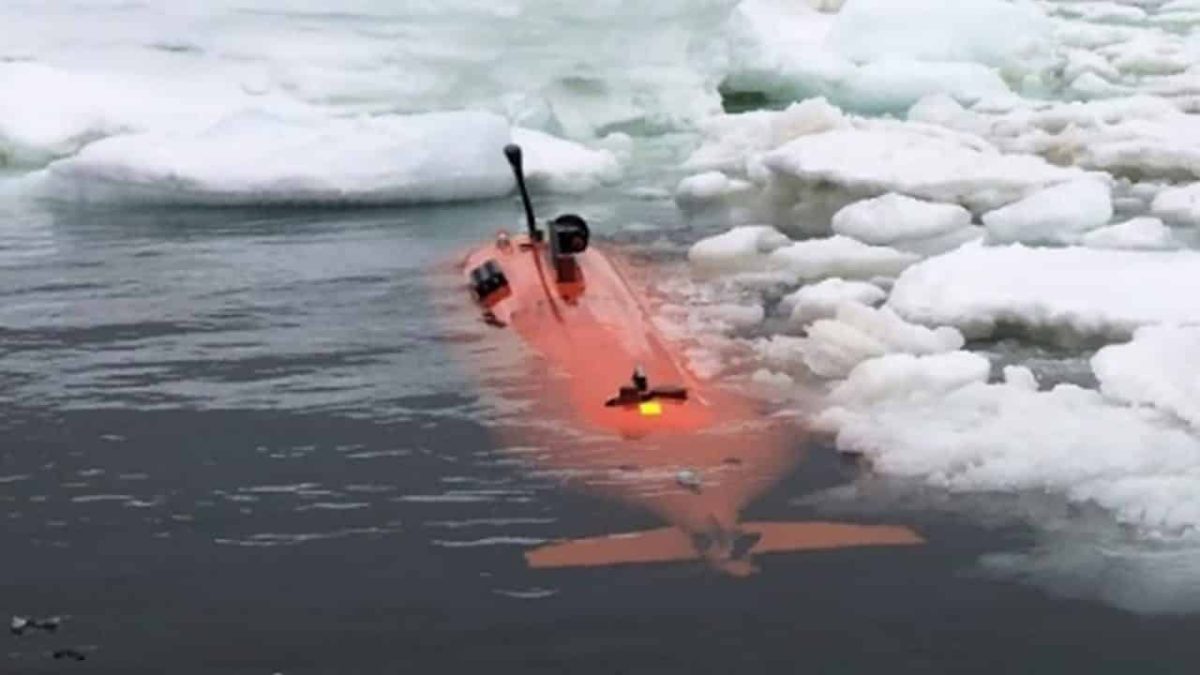 Huge robots, including a seven-metre two-tonne vessel named Ran, are on their way to the Thwaites Glacier to learn more about the retreating ice and its impact on Climate Change.

But this won’t be the only tech that’s being deployed on the 65-day mission; British Antarctic Survey’s Boaty McBoatface and the Autosub Long Range vehicle operated by the National Oceanography Centre in the UK will travel under the ice shelf along with Ran.

Professor Anna Wåhlin from the University of Gothenburg tells us more about her robot Ran and about the data she’ll be collecting. Tiny light engines We’re talking to Ed Tang, the CEO of Avegant.

They’re the company behind the world’s smallest light engines for augmented reality. Developing projectors thinner than the width of a pencil means we’re on the brink of AR glasses that will barely look different from standard glasses.

Alongside talking about how this technology works, Ed also spoke to us about what this means for the future of AR. James Webb telescope tech Space journalist Kate Arkless-Gray is live on the show to tell us about the tech that got the James Webb Telescope into space and how vital it is that none of the tech deployed goes wrong – unlike the Hubble space telescope, repair missions to James Webb are impossible.

From Wikipedia: Thwaites Glacier, sometimes referred to as the Doomsday Glacier, is an unusually broad and vast Antarctic glacier flowing into Pine Island Bay, part of the Amundsen Sea, east of Mount Murphy, on the Walgreen Coast of Marie Byrd Land. Its surface speeds exceed 2 kilometres (1.2 miles) per year near its grounding line. Its fastest-flowing grounded ice is centred between 50 and 100 kilometres (31 and 62 mi) east of Mount Murphy. In 1967, the Advisory Committee on Antarctic Names named the glacier after Fredrik T. Thwaites (1883–1961), a glacial geologist, geomorphologist and professor emeritus at the University of Wisconsin–Madison. The historian Reuben Gold Thwaites was his father.

One of the biggest glaciers in Antarctica is dominating headlines. The glacier spans 120 kilometres it is as high as a six-story building as big as the American state of Florida, so why is this glacier in the news right now?

Every Sunday morning from the BBC.