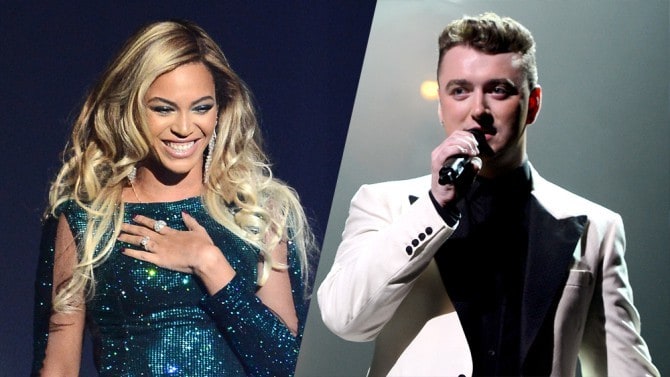 Nominated in the song of the year category (a writer’s award) was “Stay With Me (Darkchild Version)”, (by Smith, James Napier, and William Phillips, “All About That Bass” (by Trainor and Kevin Kadish), “Chandelier” (by Sia Furler and Jesse Shatkin), “Shake It Off” (by Swift, Max Martin, and Shellback), and Hozier’s “Take Me to Church” (by the artist, born Andrew Hozier-Byrne).

The full list of all the Grammy nominations that have been announced so far below:

General Field
Category 1 Record Of The Year
(Award to the Artist and to the Producer(s), Recording Engineer(s) and/or Mixer(s) and mastering engineer(s), if other than the artist.)

Director Sam Mendes has announced the 24th James Bond movie, which begins filming next week, is to be called Spectre.