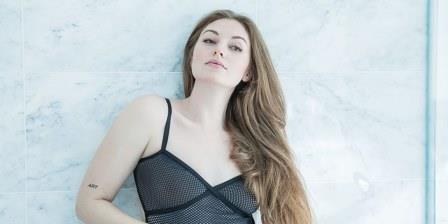 Music was something I was always very drawn to. I started singing at the age of 3, but was far too shy to ever let anyone hear! Haha, so I always sang in places where I thought my family couldn’t hear me.

Kendal Thompson how it all started.

It wasn’t until I was about 12 when I thought this is what I wanted to do.

I made a friend who sang all the time, that’s what triggered me, I was like “oh right! I know how to do that too”.

So she and I would just hang out and sing. Then eventually melodies and lyrics would start flowing into my head and I would bring these little half-written songs over and we would sing the little parts over and over, not really knowing what I was doing but I knew it felt right.

I always loved pop music and grew up listening to a lot of The Beach Boys. I became really drawn to RnB when I got a little bit older.

I’ll never forget when I first heard The Fugees do “killing me softly”. Lauryn Hills voice just reached out and grabbed me, I’ve been a huge fan of hers ever since. I just want to keep creating from that place that I was originally inspired by, it’ll always evolve, but those genres just resonate with me the most.

I find my creative process works in two ways.

Sometimes I’m just going on about my day and a melody with some jumbled lyrics finds it’s way into my head, I’ll let it repeat itself as much as it needs to and then I’ll work out what I actually want to say from there. After I get something written down I’ll send it over to my producer, Mike Schlosser and he and I will work on it together.

Other times a song happens when Mike has already created a beat, either while we are in the studio together or he’s done it on his own time. If that’s the case then I just use that to create my melody and inspire my lyrics.

Mike writes with me a lot too, which is great to get some different ideas going and help the process go a bit faster.

There are sooooo many artists who I would love to collaborate with!!!

It’s hard to choose just one! Buuuuut if I could say two? At this point in my career, it would be cool to do something with Daniel Caesar and Jazz Cartier, they’re super talented, rising stars from Toronto, so that would definitely be cool.

Human Feel! I’m so proud of how the song and video turned out. I’m more than happy to share such an open and honest message about love and choosing love.

Catch up with Kendal on her Facebook page HERE

Catch Allen Bell and his New Music Show every Sunday evening at 10 pm. You can also listen online HERE

Kim Doolittle, the singer, songwriter met with New Music host Allen Bell recently, and here’s what she had to say.