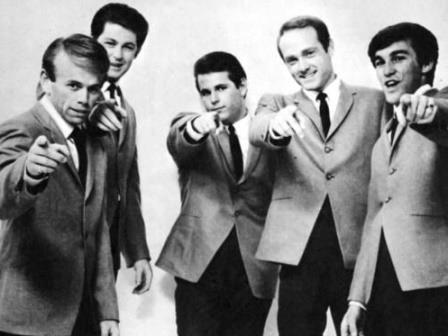 Monday nights in Phuket have always been about RETRO and this Monday is no different.

Our show presenter Andy Henly puts lots of time and research into his show.  The School Days Challenge tackles the subject of Science. Lost TV remembers a 70’s Cop Show Finally, Help compile Andy’s Mix Tape with your choice of the classic song, tell us why it should be on it and Andy will do the rest.

Retro Radio in November hour one.

This week the show kicks off with Michael Jackson and that classic Billie Jean.

Kelly Marie tells us I Feel like I’m in Love while John Paul Young sings Love is in the air.

Donna Summer, Dinner with Gerswin and that 12 Inch Dance Mix and Yazz and the Plastic Population tell us that The Only Way is Up

Chicago is asking  If you leave me now and Eternal, I Want to be the only one.

The Foundations, Baby Now that I’ve found you followed by New Order, Blue take us to the School Days Challenge and Stacy Lattisaw, Jump to the Beat.

Wrapping up the first hour and the answer to the Schools Days Challenge is Tina Turner, What’s Love Got to do with it and none other than Journey, Don’t stop believing takes us to the BBC News.”Don’t Stop Believin'” is a song by American rock band Journey, originally released as the second single from their seventh album Escape (1981). It became a number 9 hit on the Billboard Hot 100 in its original release. In the United Kingdom, the song was not a Top 40 hit on its original release; however, it reached number 6 in 2009.

We get going with Beach Boys, Kokomo, Kool, and the Gang, Ladies Night, and Fergal Sharkey, A Good Heart.

Followed by the Daydream Believer band The Monkees and The Stranglers, Peaches.

Dream Academy, Life in a Northern Town closely followed by Giorgio Moreder and Philip Oakey, Together in Electric Dreams another 12 Inch playout.

Carl Douglas gets us, Kung Foo, Fighting while the House martins bring us Happy Hour.

Lost TV this week features …haha you will have to tune in to find out.

So, we move to the final part of Retro Radio in November and it’s Blur, Girls and Boys, The Real Thing, Can’t get by without you and wrapping up this week show none other than Wham, I’m your man The Weather in November is fantastic and the music even better.  Tune into Phuket Island radio and see the huge list of entertainment we have lined up for you HERE

Catch you all next time and thanks for listening.